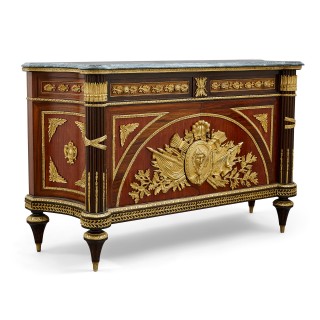 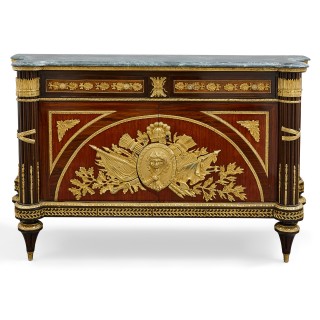 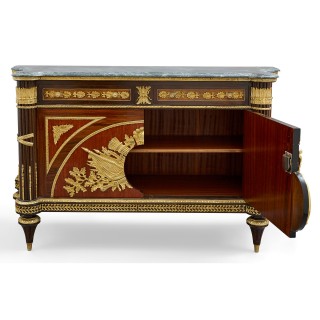 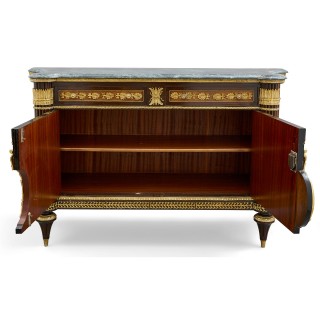 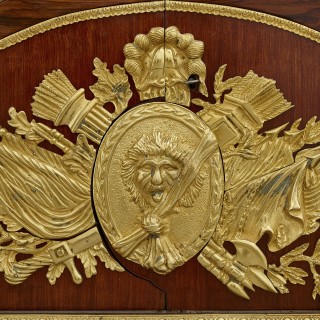 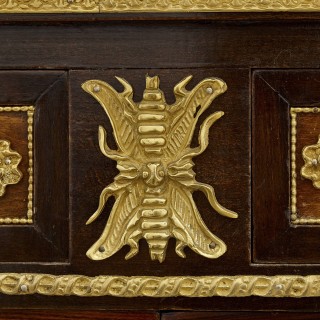 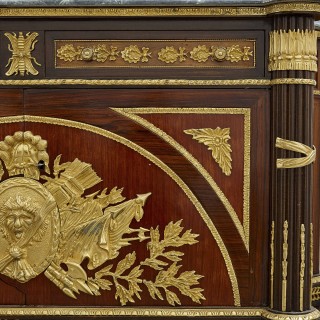 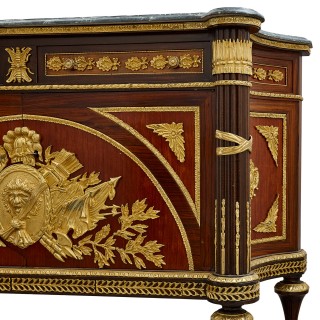 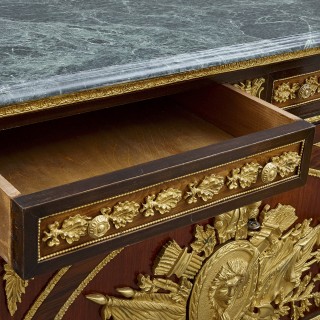 This fine commode is crafted in mahogany, and stands on four toupie feet tipped with ormolu. To the lower section of the commode there is a frieze of repeating leaf patterns in gilt bronze. The front section of the commode is ornamented with a Roman Revival medallion within a semi-circular ormolu frame, which disguises the cupboards to the front of the commode. To either side of the front, the vertical corners are styled as fluted columns, and the side panels are curved, and feature cartouche-like ormolu mounts surrounding ormolu foliate motifs. To the upper centre of the front, two drawers are disguised behind panels featuring floral ormolu mounts, which extend to either of the sides of the commode. The commode is topped with a sheet of grey, veined serpentine marble. The commode was made after a model by Guillaume Benneman (French, 1750-post 1811).