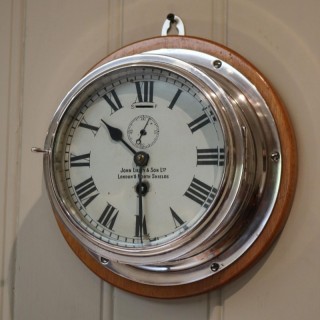 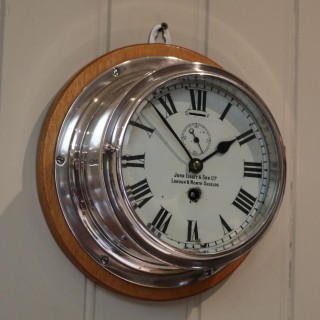 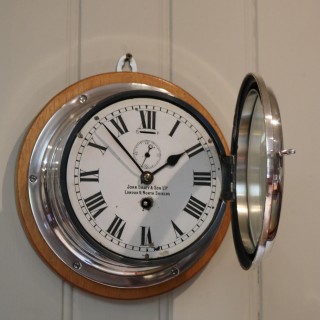 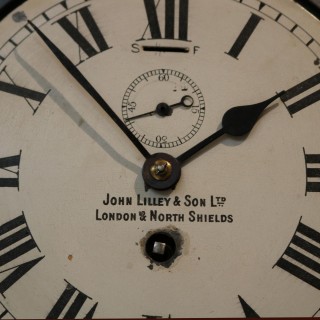 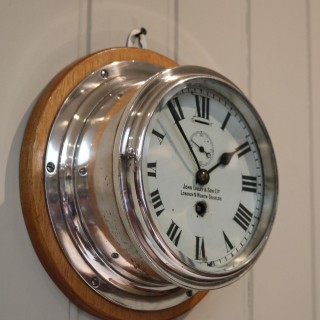 An Early 20rth Century ships bulkhead clock, having a polished nickel plated case, mounted on a light mahogany turned back. It has a 7 inch painted dial, signed by the original maker/supplier, John Lilley & Son, Ltd. and has an 8 day platform movement.

Also, his work is in The National Maritime Museum, Greenwich, London

Good, original condition. In working order and guaranteed for 12 months.