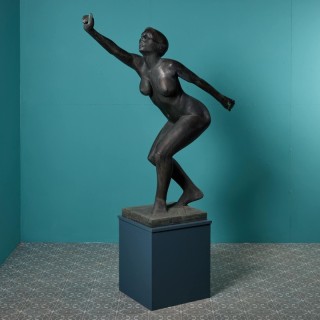 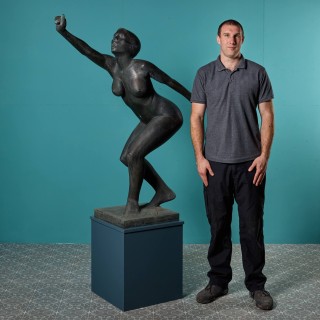 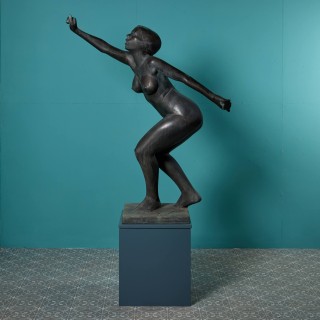 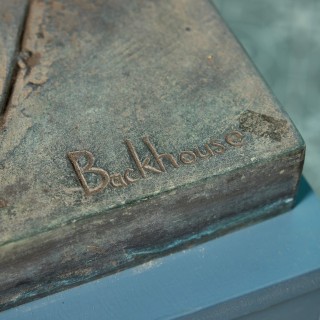 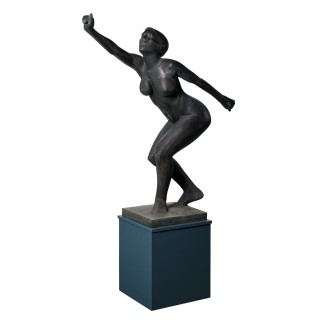 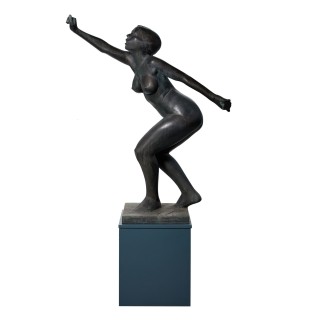 This impressive near life-size bronze statue named ‘Bertha’ is made by British artist David Backhouse. It was originally made for his exhibition at the Alwin Gallery in London in 1979. It depicts a crouching nude female in spectacular detail and is inscribed with the numbers ‘1,1’ making it a one-off piece. Signed by the artist, this bronze sculpture has a beautiful patina and a dramatic stance reminiscent of designs associated with the Art Deco period. It is a striking sculpture to bring elegance to an interior or garden.
David Backhouse
Considered one of Britain’s most respected sculptors, David Backhouse has a fascinating artistic career. One of his most famous works include the ‘Animals in War’ Memorial on the edge of London’s Hyde Park, a powerful tribute to all the animals that served, suffered and died alongside British and allied forces in conflicts of the 20th century. Throughout his career, he has held four one-man exhibitions in the spectacular Orangery set within the grounds of London’s Holland Park and exhibited across the USA and Europe.

Made for David Backhouse’s exhibition at the Alwin Gallery, London in 1979.