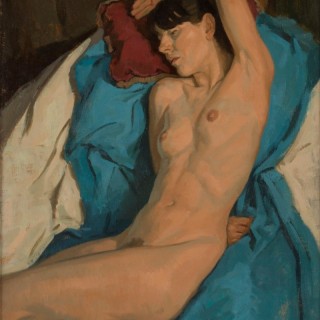 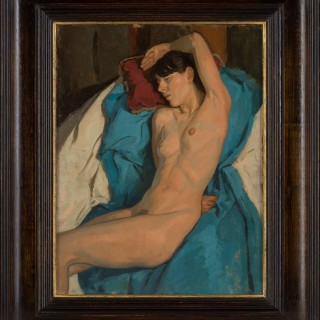 Neale Worley RP NEAC Contemporary British artist ‘Nude on Blue’
Neale Worley was born in Amersham, Buckinghamshire in 1962. In 1981 he started studying at the Camberwell School of Arts and Crafts, followed by the Royal Academy Schools where he was tutored by Ken Howard. Over the years Neale Worley has exhibited many times at The Royal Academy and the Mall Galleries. He has been the winner of many distinguished awards. Neale accompanied HRH The Prince of Wales as a Tour Artist in 2006 and 2013, as well as having works in HRH The Prince of Wales private collection. He now resides in London.