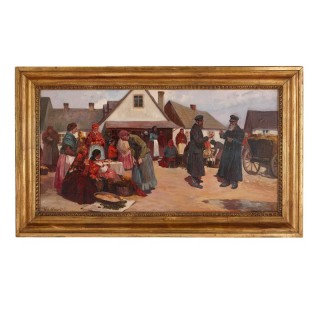 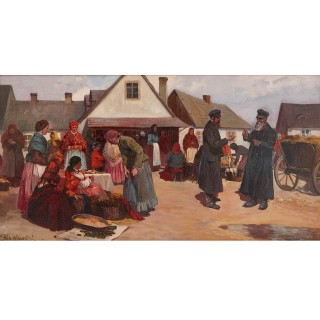 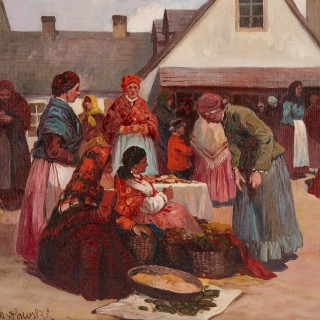 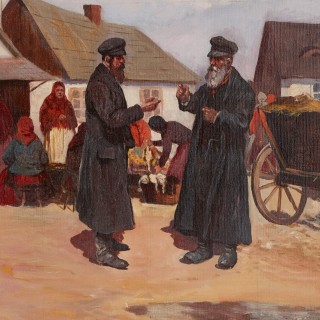 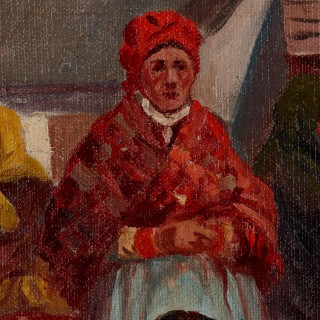 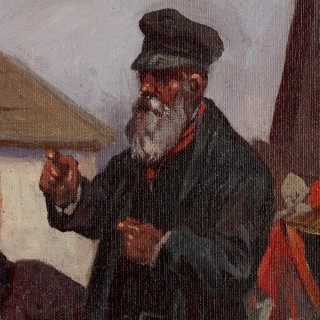 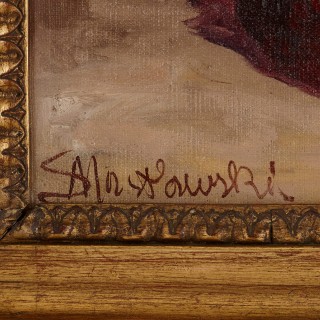 Oil painting of a Jewish shtetl by Maslowski, 'Market Day in Galicia'

This fine, early 20th Century painting depicts a lively, colourful composition of a market scene in the region of Galicia. The scene shows a shtetl- the name given to the numerous small Jewish villages and towns scattered throughout Eastern European in past centuries. The composition portrays typical ‘shtetl life’ with figures going about their daily business; women can be seen eyeing goods for sale to the left, and to the right, two men make an exchange in front of a horse-drawn cart.

The painting is signed to the lower left ‘S. Maslowski’ by the artist Stanislaw Maslowski (Polish, 1853-1926), one of the most important Polish painters of the late 19th and early 20th Century. Much of his work was inspired by his travels throughout Europe, particularly in the artistic centres of France and Italy, but also closer to home throughout Central and Eastern Europe. Maslowski gained acclaim for developing his own personal take on the popular Impressionist style, using bold, distinctive brushstrokes and an intuitive use of colour, both of which are well-exhibited in the present painting. Many works by Maslowki form part of the collection of the National Museum of Warsaw, Poland.

Oil painting of a Jewish shtetl by Maslowski, 'Market Day in Galicia'