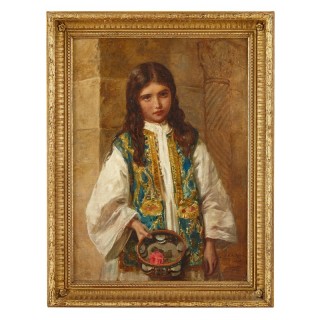 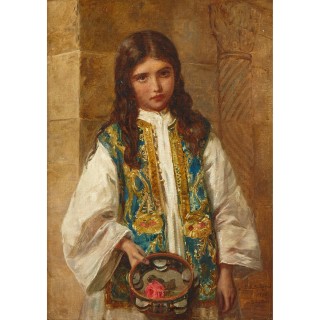 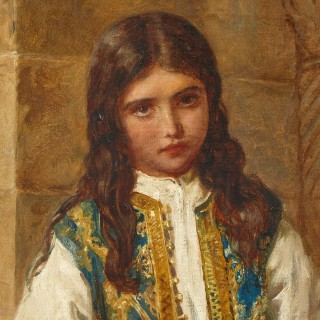 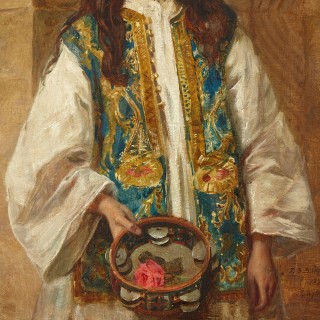 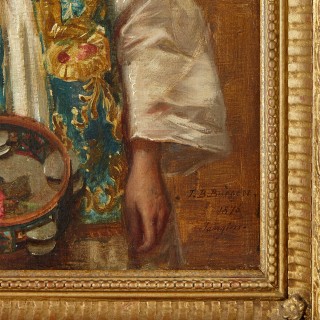 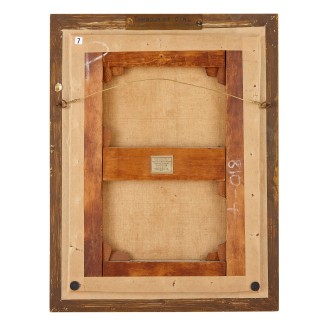 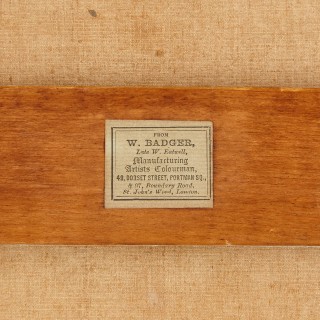 Orientalist oil painting of a young tambourine player by Burgess

John Bagnold Burgess was celebrated in his day for his Orientalist portrayals of subjects drawn from his visits to Spain and North Africa. After his first visit to Spain in 1858, Burgess visited North Africa on several occasions, and themes taken from these visits would influence much of his later painting.

The present painting portrays a young girl wearing a colourful Moroccan kaftan. She holds a tambourine, within which is nestled one pink rose. The painterly manner is fluid and accomplished, with broad, expressive strokes used to render the details of the kaftan, the girl’s white clothing, and the background architectural details.

The painting, which is contained within a giltwood frame, is signed, dated, and situated lower right ‘J. B. Burgess / 1876 / Tangiers’.

Orientalist oil painting of a young tambourine player by Burgess