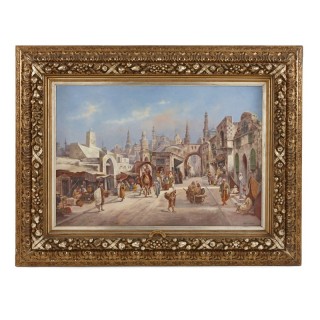 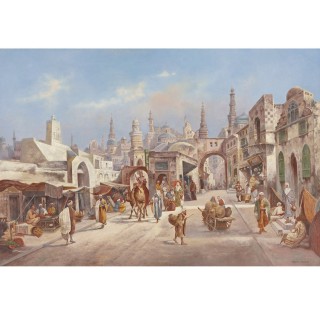 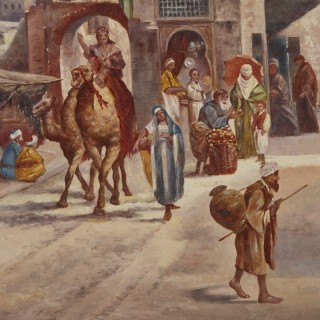 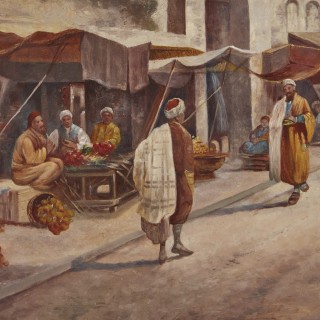 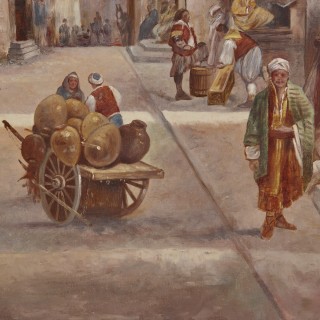 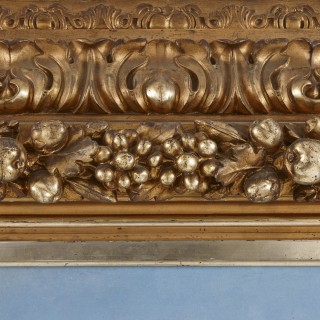 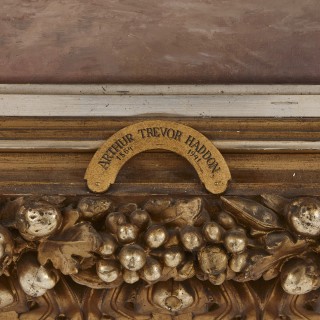 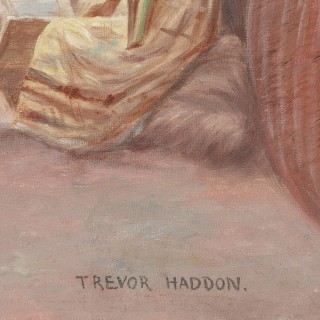 Arthur Trevor Haddon was a successful painter and watercolourist working in the latter 19th and first half of the 20th Centuries. Known for his depictions of warm Mediterranean locales, especially Spain and Italy, Trevor Haddon was also a renowned Orientalist, acclaimed for his portrayals of the Middle East and North Africa. This large oil painting is a particularly fine example of his work.

This painting depicts a street scene from an unnamed North African or Middle Eastern city. Trevor Haddon has created a three-dimensional space, with the street that occupies the foreground of the painting recessing into the distance, lending a plausible depth to the entire streetscape. The foreground street is occupied by a variety of figures, whether street sellers or merchants or people engaged in everyday activities. Every aspect of the picture is Orientalist: the manner of the dress of the figures who populate the street, the minarets in the background that define the skyline of the city, the dry, pale colours Trevor Haddon employs to imply the heat of a Middle Eastern midday.

The painting is held within an impressive giltwood frame. The frame is mounted with a plaque that reads ‘Arthur Trevor Haddon / 1864 – 1941’. The picture itself is signed in the lower right corner, ‘Trevor Haddon’.