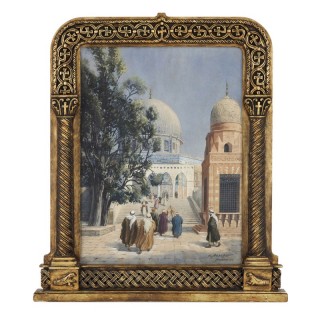 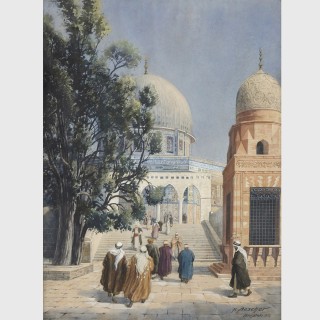 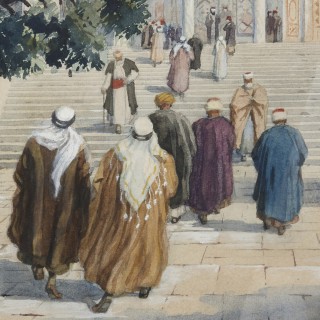 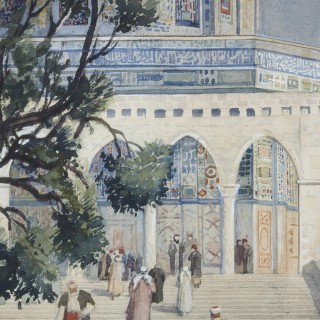 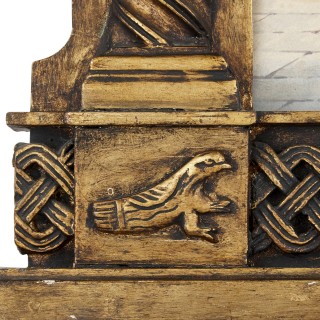 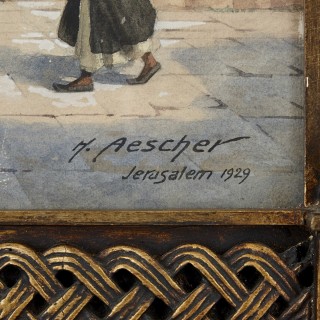 Orientalist watercolour of the Dome of the Rock by Hans Aescher

This impressive watercolour depicts the Dome of the Rock in Jerusalem. The Dome is visible behind a pointed-arch screen, at the top of a staircase upon which figures traverse to and from the mosque. These figures were Middle Eastern dress, bolstering the Orientalist feeling of the painting. The artist, Hans Aescher, known for his Orientalist works, has used pale shades of blue and sandstone to emphasis the dry heat of the location.

The painting is contained by an intricately carved Orientalist giltwood frame. The frame is carved with twisted columns and includes several motifs indicative of the Middle East, and specifically Jerusalem, including a cruciform sequence frieze.

The work is signed lower right ‘H. Aescher’ and is situated and dated ‘Jerusalem 1929’.

Orientalist watercolour of the Dome of the Rock by Hans Aescher