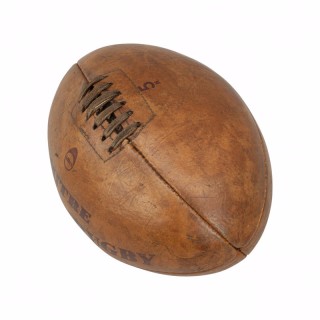 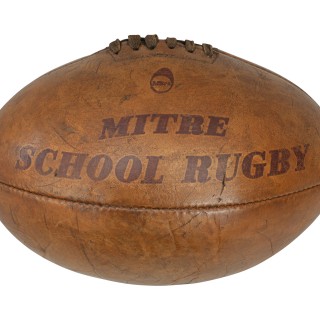 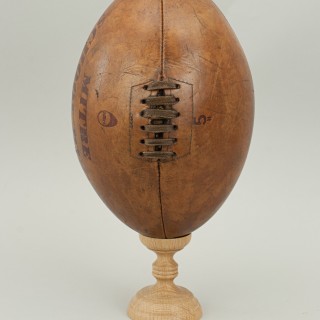 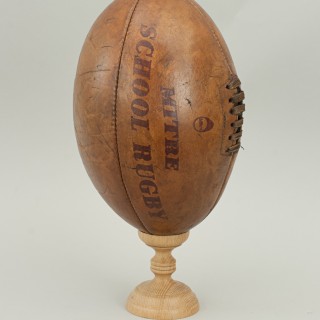 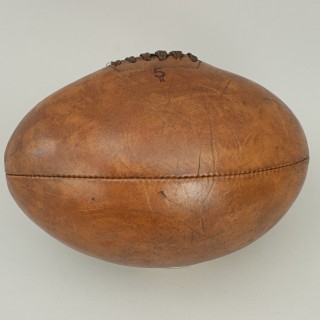 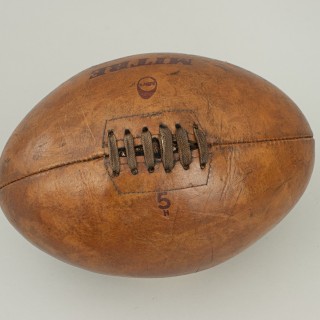 Vintage Leather Rugby Ball.
A traditional Mitre No. 5 leather rugby ball with a lace-up slit to the top and valve for bladder inflation. The ball is with good tan brown colour. A nice four panel rugby ball embossed ‘ Mitre School Rugby’ & the size No. 5.

Established in 1817, Mitre is the world’s oldest sports brand. With over 200 years of heritage the British sportswear and equipment supplier was established in Huddersfield when Benjamin Crook opened his tannery. Originally using his own name it was not until the late 1940’s the name changed to ‘Mitre’. Mitre produced footballs and rugby balls for clubs all over the world and in 1959 Mitre expanded into cricket, soft leather and bags. A year later they were also producing Sports footwear. Mitre has been around since the dawn of professional sport and is still present whenever sport is played. At School, in the park, on the court, inside the stadium.