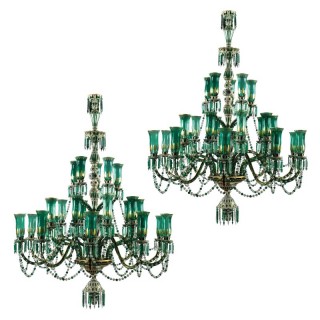 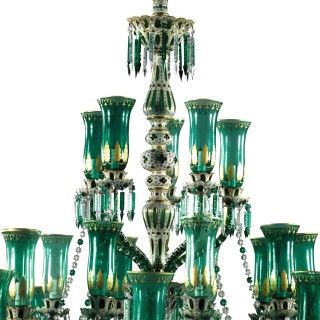 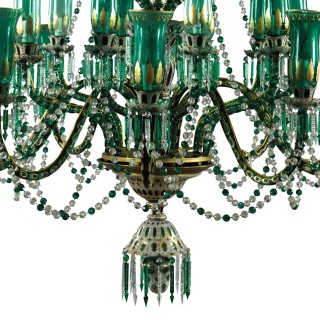 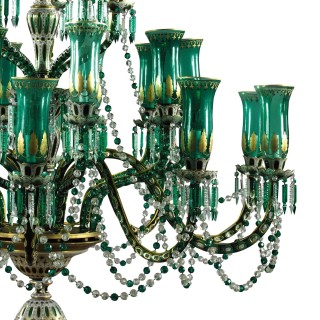 This pair of opulent chandeliers are made from green glass with parcel gilt detailing. Each chandelier comprises of two tiers of individual lights: the bottom holds twenty and the top holds five. The lights take the form of slender hurricane lamp shapes, from which hang droplets and garlands of glass beads. Of baluster form, the central stem of the chandelier is superbly decorated with green, white and gilt enamel, in an Anglo-Indian style. This ‘Mughal style’ fusing together English and Indian design was particularly popular among the noble families of India in the late 19th and early 20th centuries.

Crafted by F & C Osler, these chandeliers represent the pinnacle of English glassmaking. Osler were established in Birmingham in 1807, and became known as one of the most prestigious firms internationally, gaining commissions from aristocracy and royalty all over the world.