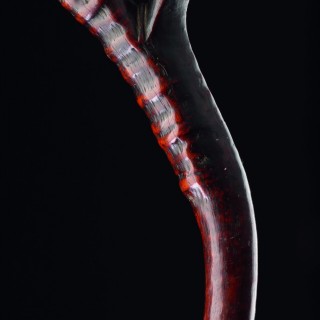 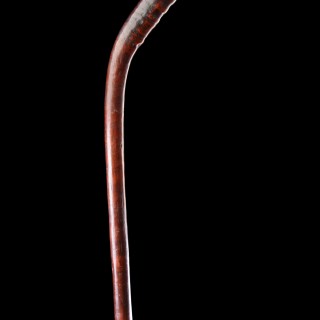 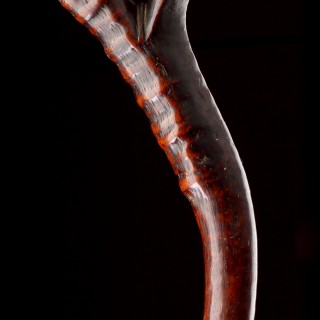 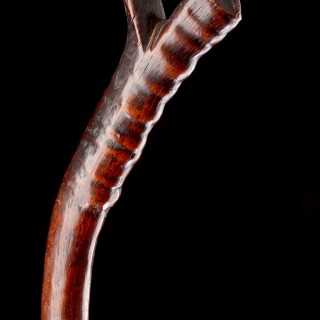 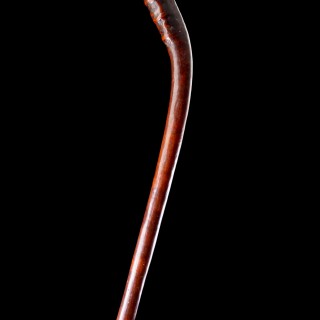 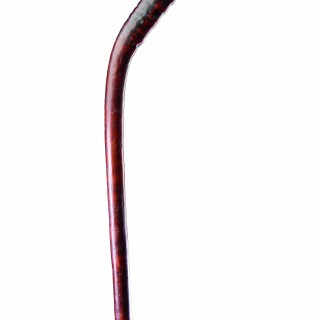 Fijian clubs of this shape and type are often wrongly called ‘gun stock clubs’ because of their resemblance to muskets, but all of the basic forms were in use before firearms were first introduced to Fiji in the early 19th century, examples having been taken back to Europe and others recorded by early explorers. The great diversity and decoration of clubs produced in 18th and 19th century Fiji reflected an immense investment of artistic labour appropriate to their cultural significance. Despite the arrival of firearms in the 19th century, clubs continued to be produced and used in traditional welfare. Their enduring popularity among Fijian warriors highlights their symbolic as well as practical value.