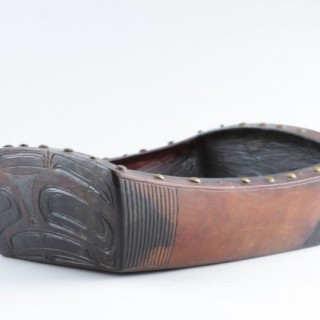 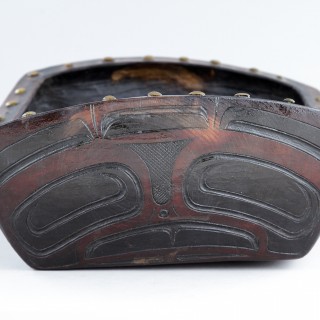 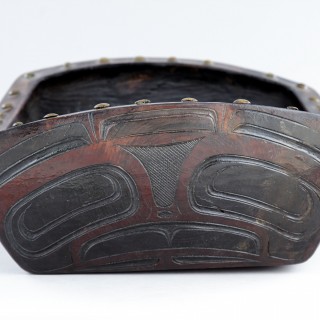 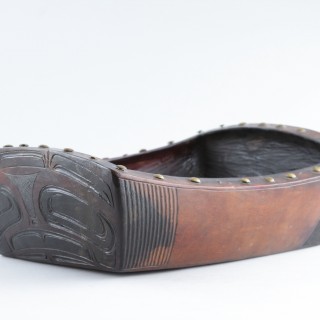 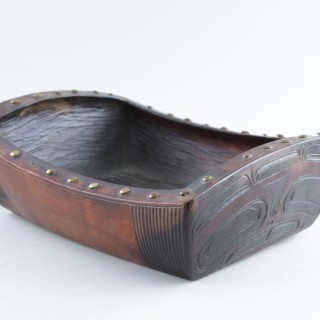 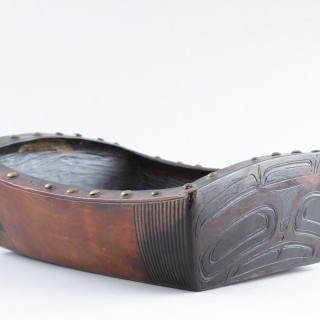 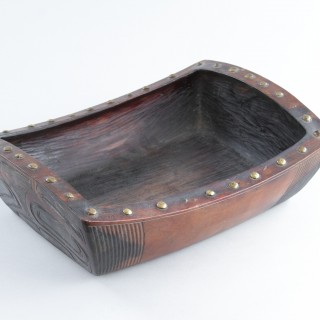 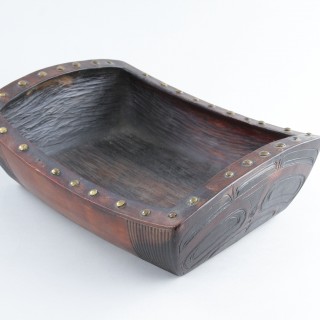 The Northwest coast is a broad and rugged zone of interlocking inlets and islands separated from the rest of the continent by the massive barrier of the Coast range of mountains. Geographically it has always resisted approach and travel by land, but has been bountifully productive to the peoples with a culture orientated to the sea.
Having an unusually distinctive and complex culture their art was a way of making the natural and the supernatural world visible. Made of a single piece of red cedar-wood, this bowl is relief carved with the clan motif of an eagle identified by the slightly curved beak split vertically at the base of the design. Every Tlingit is a member of two groups, ‘Moieties’ and identifies as a Raven or an Eagle, with each moiety comprising smaller kinship groups known as clans. The bowl was a status symbol with the image of the eagle representing the emblem of the matrilineal clan to which it belonged. They were used for serving rendered seal or candlefish ‘Eulachon’ oil that accompanied the smoked salmon at Potlach ceremonies and feasts, and they became so permeated with oil that they still exude it after a century or more. Only the wealthy chiefs and clan nobles held Potlach ceremonies on important occasions, such as funerals and weddings, where the host bestowed lavish gifts on his guests and all his noble titles would be read out. One of the valued gifts at a Potlach was the oil presented and served in a bowl such as this.