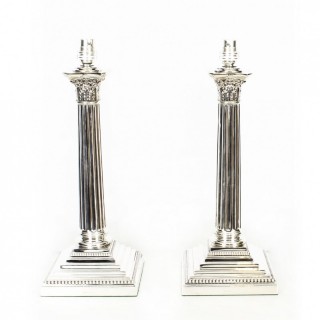 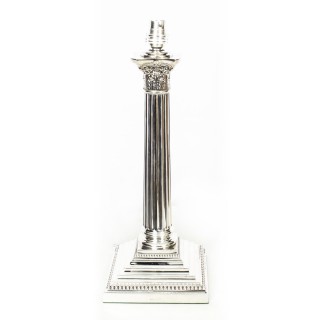 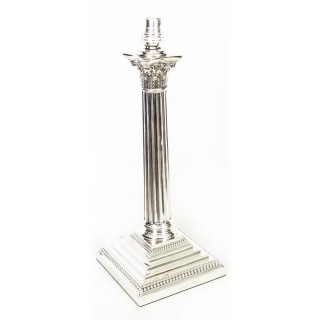 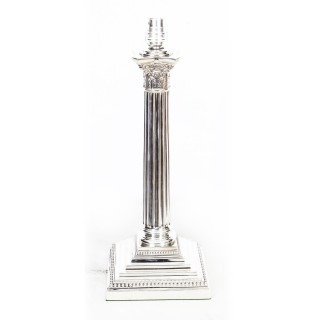 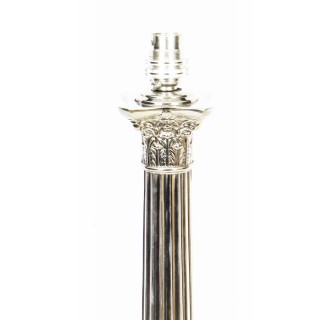 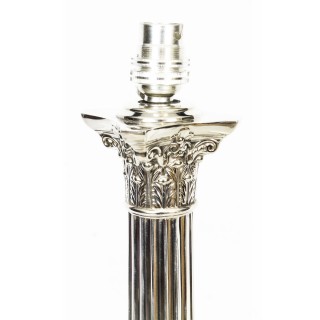 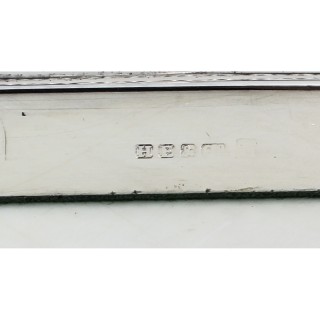 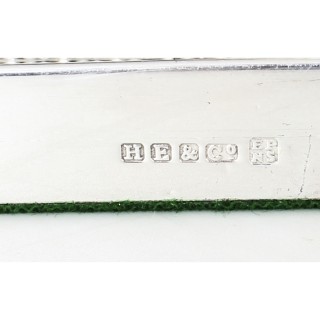 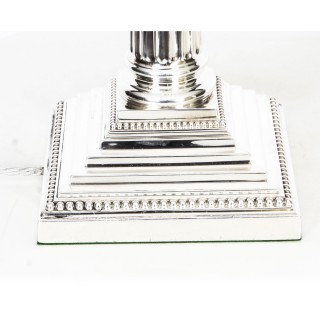 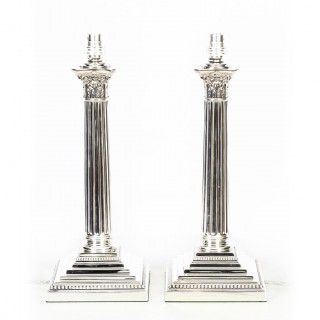 They stands on large and weighted stepped square base, which feature beaded decoration.

Add an element of Greek Classical style to your home with this exquisite pair of antique silver-plated table lamps.

Hawksworth, Eyre & Co
was founded in 1833 by Charles Hawksworth and John Eyre as successors of Blagden, Hodgson & Co. The first mark was registred in 1862. They were manufacturers and silversmith of silver and silver plated objects.

The partnership was dissolved in 1869 and the business was continued by James Kebberling Bembridge, Thomas Hall and George Woofhouse. In the 1870s the firm was converted into a limited liability company under the style Hawksworth, Eyre & Co Ltd. Further marks were registered in 1900 & 1912. The firm went into liquidation in the 1930s.