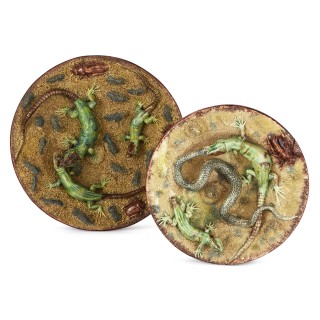 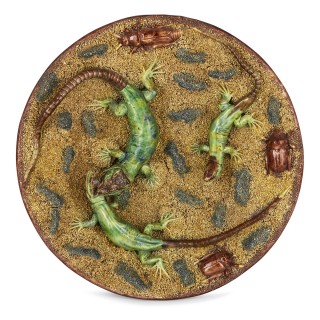 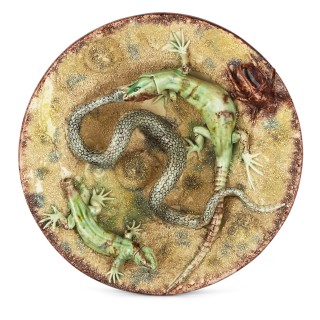 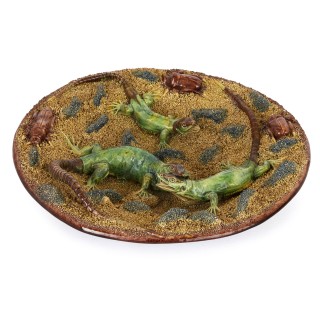 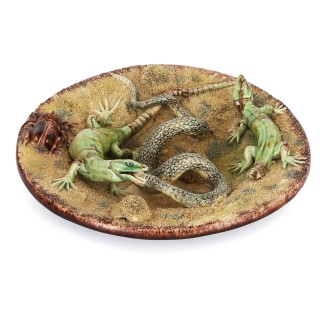 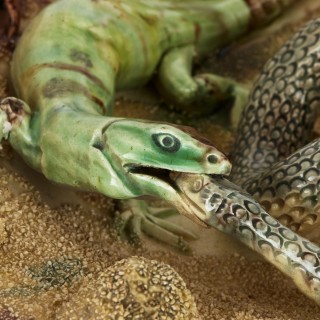 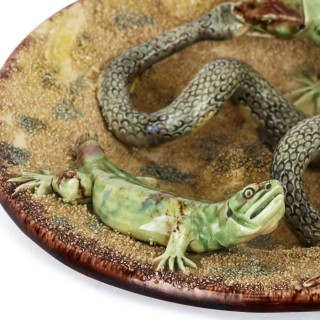 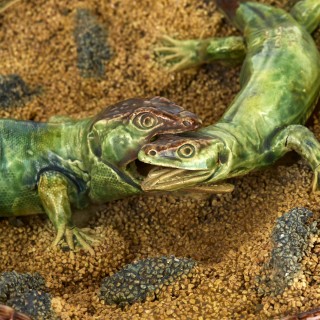 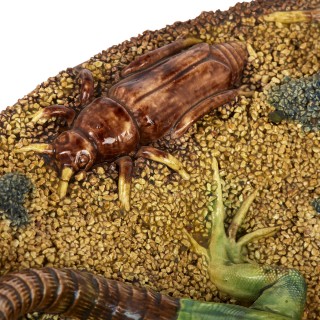 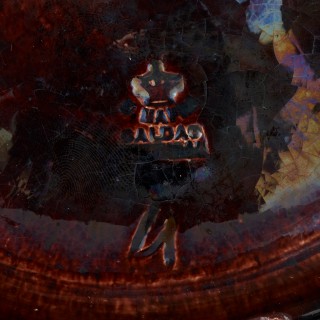 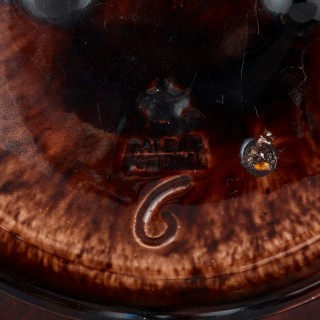 This truly magical pair of decorative Portuguese plates in the Palissy style are of circular form, and are both exceptionally detailed. The plates feature high-relief depictions of green-glazed lizards in a pond or river-bed environment, surrounded by water beetles and set on a naturalistic brown and green glazed moss. The larger plate depicts one lizard attacking another with a smaller lizard to the side, and the smaller plate depicts a large lizard eating a water snake, with a second lizard missing its tail to the side.

The plates are both marked to the underside with ‘M. MAFRA / CALDAS / PORTUGAL’, the marks for the maker. One of the plates is numbered ‘4’ and the other ‘6’.

The maker of these fine plates, Manuel Cipriano Gomes Mafra (Portuguese, 1829-1905), was the leading proponent in the tradition of Portuguese Palissy ware that developed and became hugely popular during the course of the 19th Century.

Palissy ware was influenced by Bernard Palissy (French, c. 1510-1589), a French potter whose work was generally crafted in faience as a high-relief pattern from nature that often included pond creatures such as reptiles, fish, insects, flowers and leaves. Known as ‘figulines rustiques’, much of Palissy’s work was rediscovered during the 19th Century, and sparked a widespread revival in the technique.

Mafra settled in Caldas de Rainha, a small town in mid-Western Portugal, where he began creating works in the style of Palissy, after having become inspired by his work after seeing a Palissy plate belonging to a friend in Paris. Mafra opened a factory in 1853, where these plates were produced, which was the first factory to produce solely majolica Palissy ware.