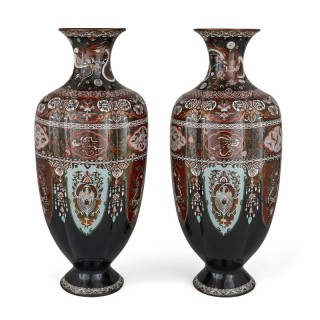 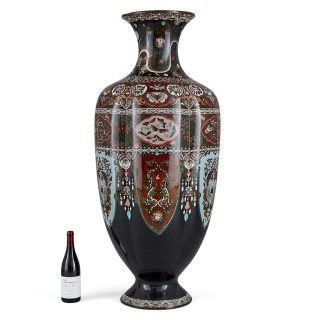 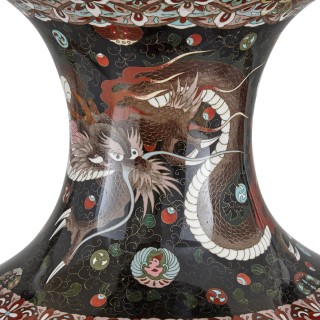 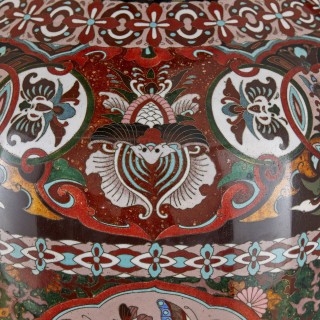 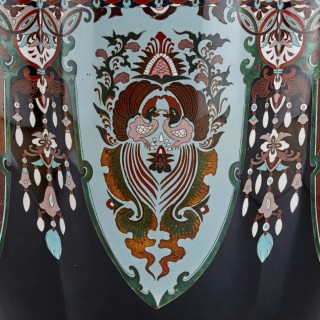 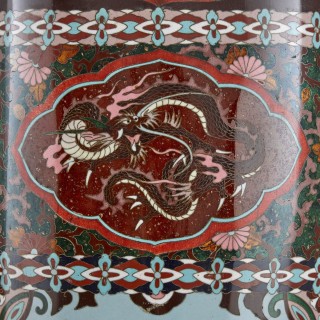 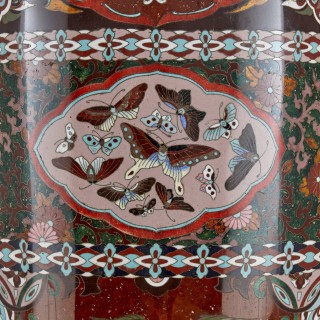 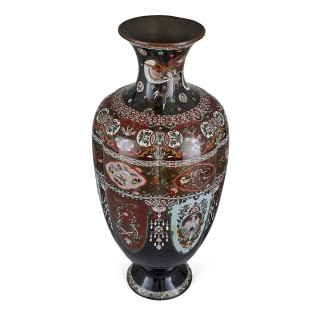 Each vase has an ovoid shaped body with a wide flared rim, and is decorated with depictions of birds, flowers, dragons and other decorative motifs in cloisonne enamel, on a maroon coloured ground inlaid with goldstone.

The vases date from the so called ‘Meiji’ period at the end of the 19th Century in Japan, when trade barriers with the West were lifted, and Japanese art started to flood the Western market. This development formed a new fashion among Europe’s elite for Japanese art, and Japanese furniture and vases became especially popular.