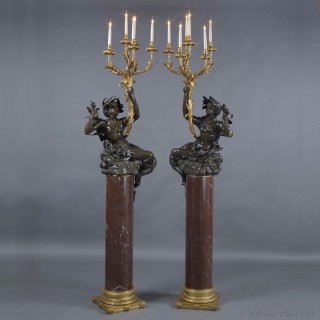 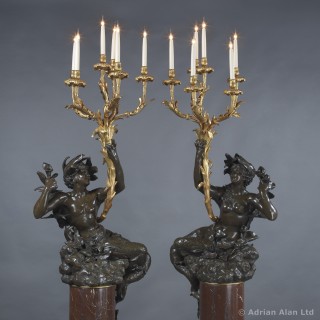 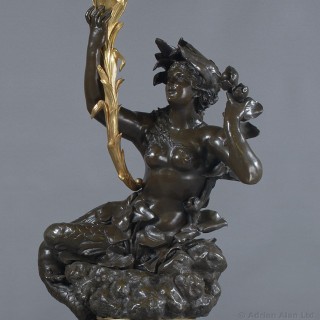 The stylised bronze male and female figures are seated on a rocky base and each support an ornate gilt-bronze six-light candelabra. The bronzes are most likely cast by Barbedienne.