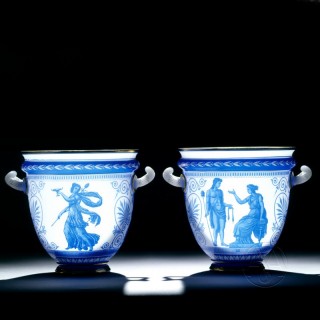 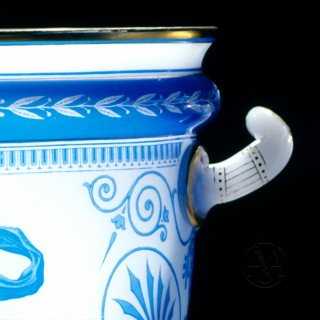 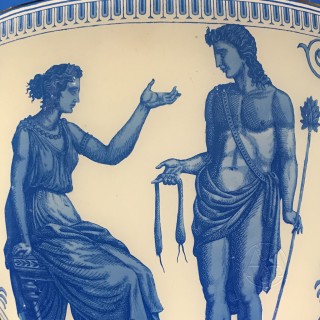 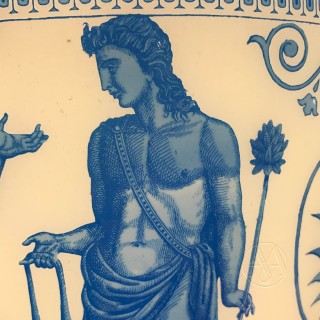 The vases are etched on opposing sides with classical figures of Dionysus and Ariadne and anthemion decoration bordered by Greek-key and leaf-tip banding, heightened in gilt. The blocked out background of the motifs, the half-tone effects and the satin finish represent the most refined and elaborate of etching techniques.

For the 1867 Exposition Universelle, Baccarat prepared a series of vases based on the cult of Bacchus, using neo-classical figurative motifs inspired by antique bas-reliefs and the Borghesi vase in the Louvre. The vases were made from opaline glass cased in cobalt blue or amber, a process whereby two layers of differently coloured crystal were overlaid then etched or cut to reveal the design. Also included in this series was a related punch bowl cased with blue crystal now in the Corning Museum of Glass, New York, and a pair of similar cameo vases with amber etchings, illustrated by Jean-Louis Curtis, in his book ‘Baccarat’, p.246.

A single example of this vase or wine cooler is in the collection of the Portland Museum of Art, Maine. Bequest of Sylvia D. Greenberg, 2002.11.141.