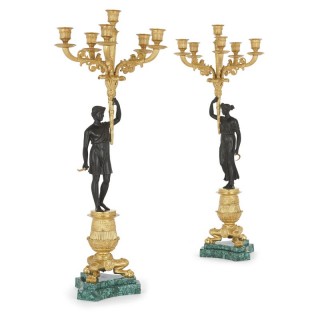 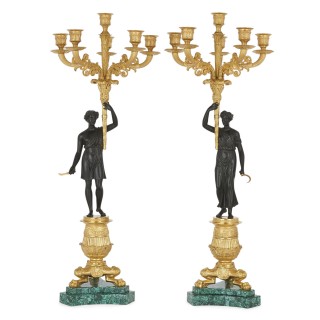 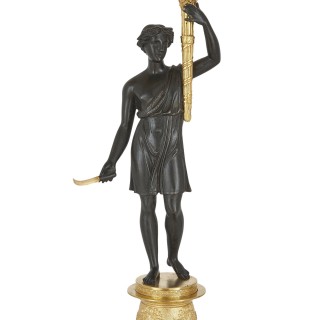 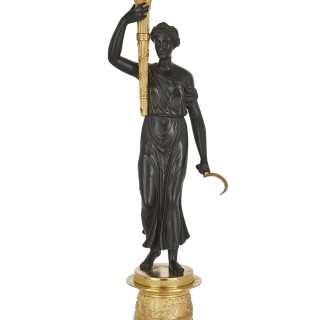 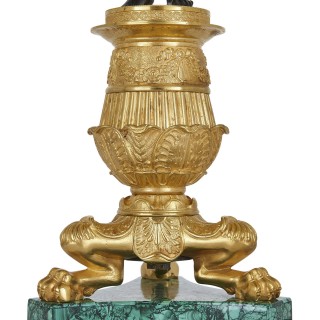 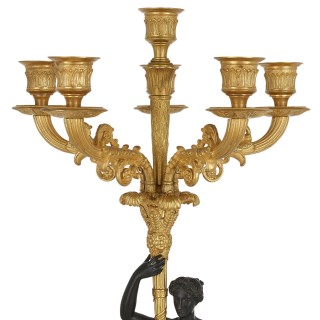 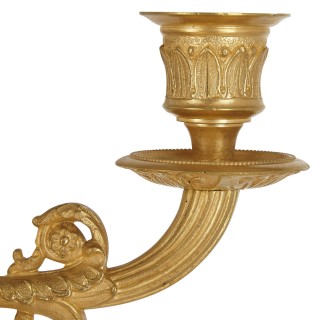 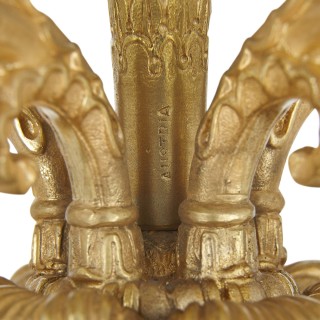 Each candelabrum in this pair features a sculptural stem wrought from patinated bronze into the form of a standing classical figure: one candelabrum features a male figure, while the other features a female. The figurative stem of each supports the gilt bronze candelabrum head, which issues six scrolled lights. The figure in turn stands on a gilt bronze cylindrical pedestal, richly moulded with foliate detailing and raised on a tripod of paw feet. The paw feet are raised on a stepped malachite tri-form base.

The candelabra are crafted in the style of Charles X, who reigned in France during the 1820s, though they were produced in Austria, as evidenced by the ‘Austria’ stamp impressed onto each. The pair thus represents an unusual example of early nineteenth century Austrian design.