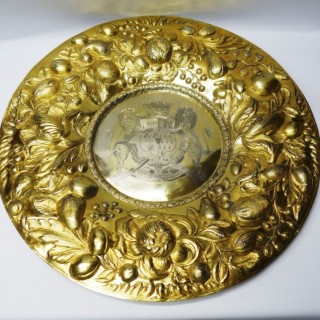 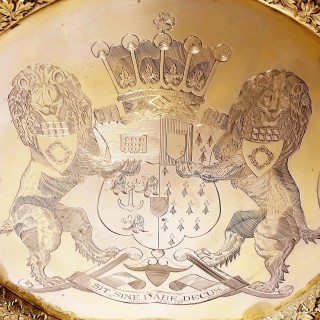 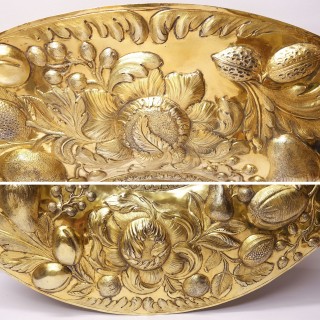 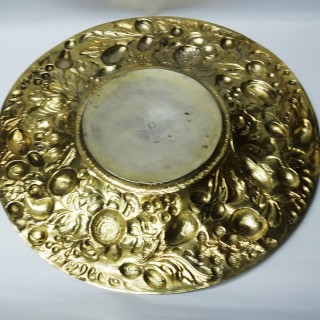 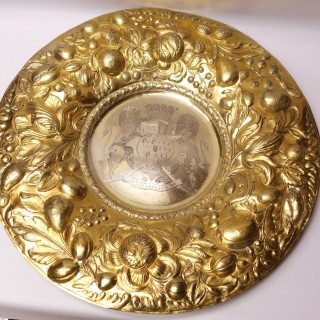 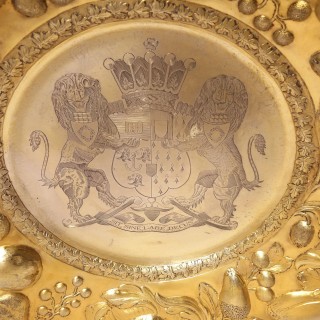 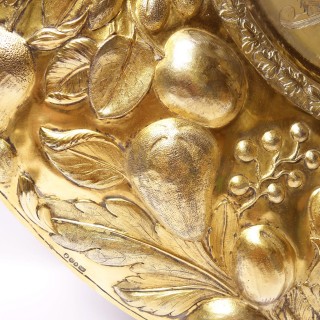 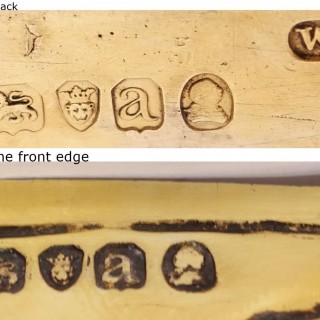 A magnificent pair of antique sterling silver chargers (or sideboard dishes) with gilt finish. Decorated in the 17th century style with deep relief embossed fruit and foliage. The centre is engraved with a large coat of arms of Scott impaling Surtees for John Scott, 1st Earl of Eldon (1751-1838) and his wife Bessie. Scott was made an Earl in 1821.Weight each 3270 and 3390 grams approx, total 214 troy ounces. Diameter 64 cms. London 1816. Maker William Pitts, known for making large and impressive chargers.

Biography – William Pitts, London silversmith, apprenticed to his father Thomas Pitts I, Citizen and Goldsmith, 1769. Free 1784. First mark entered as plateworker, 1781. Second mark 1786. Third mark, in partnership with Joseph Preedy, 1791. Fourth mark, alone, 1799. Fifth mark 1806. His son, William, was apprenticed to his father 1806. Pitts specialised (alone and with Preedy) in the production of epergnes, dessert baskets and stands, and is known for his magnificent sideboard dishes.

These handsome dishes are in very good condition with no damage or restoration. Crisp condition throughout and no wear to the engravings. Each is stamped on the edge with a full and clear set of English silver hallmarks; one charger is stamped on the front, the other is marked on the reverse side. The main gilding has no wear, the centre gilding is fainter, possibly due to the armorials being added later, probably in Victorian times. 1 charger shows slight signs of repair to the border.