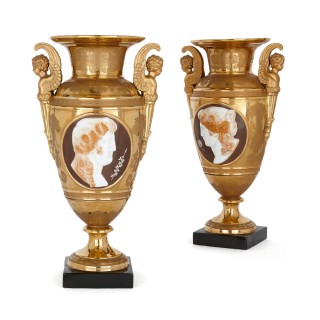 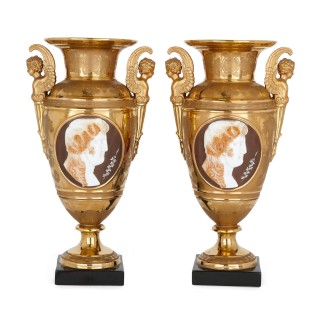 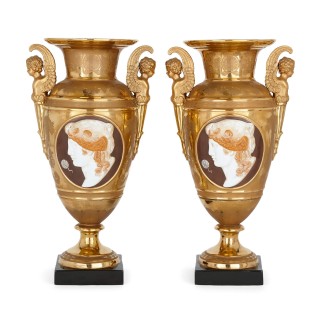 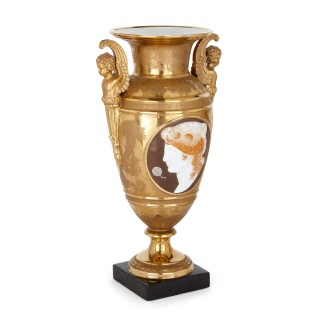 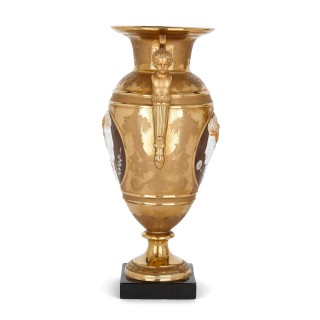 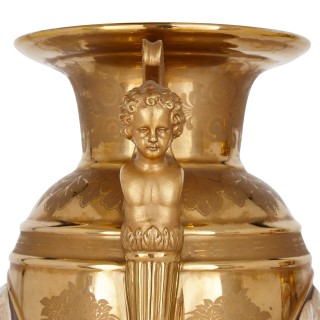 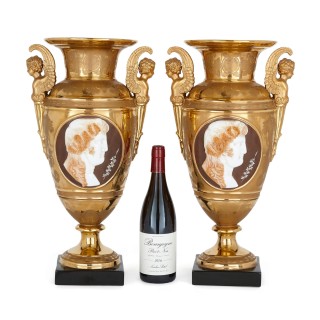 Made of porcelain with an extensively gilt-ground, these impressive vases were made in early 20th century France in the lavish and unmistakable Empire style, with strong Neoclassical influences. The bodies of the vases feature on either side large cameos, female portraits in profile, with thick locks of hairs, strong jawlines and facial structure, and stern Roman noses, clearly designed and carved to convey as much Classical confidence and authority as possible, in line with the extensive and bold use of gilding, which maximises the impression of wealth and grandeur. Fine display pieces, they will form a bold and impressive addition to any suitable interior.