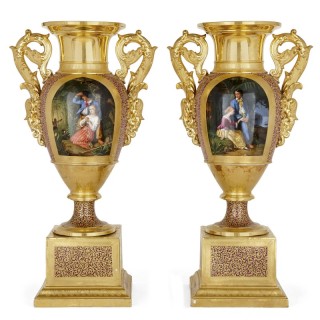 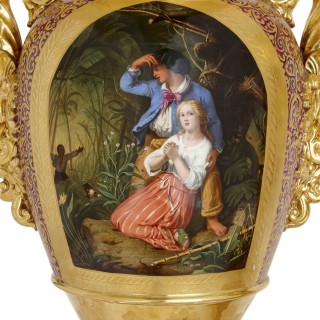 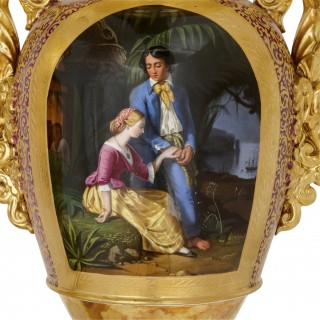 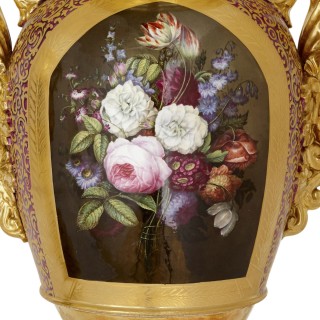 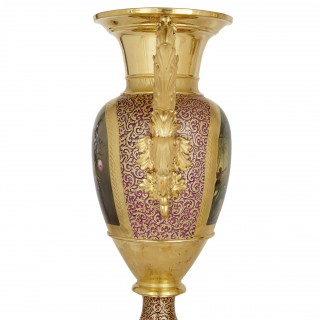 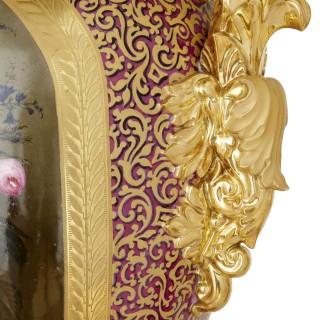 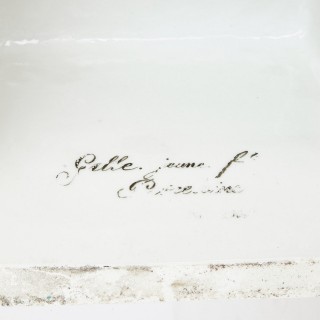 The central painted panels to the front of each vase are after Heinrich-Frédéric Schopin (German/French, 1804-1880), which depict scenes from the 1788 novel, Paul and Virginia, by French author Bernardin de Saint Pierre. The reverse panels depict bouquets of flowers and they are displayed on richly gilt ground with fine chasing and purple patterns embedded. Each has twin scrolled handles and is set on a square base. One of the vases is signed for the important Parisian Gille Jeune porcelain factory.

Schopin painted the goodbye scene (or Les Adieux in French) in 1842- most likely both were exhibited in the 1843 Salon in Paris, and subsequently commissioned by a wealthy patron to be painted on porcelain by Gille Jeune. With this in mind, these vases can be relatively accurately dated to c. 1843 or shortly after.

The book- Paul and Virginia- has been widely read and praised for its anthropological portrayal of 18th Century Mauritius under colonial French rule. It plays out a doomed love story of the two childhood sweethearts, who were both raised together by their single mothers.