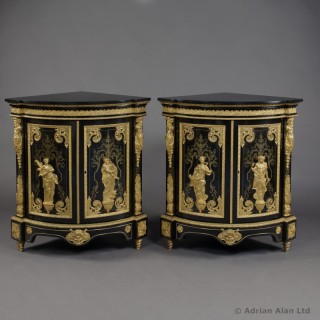 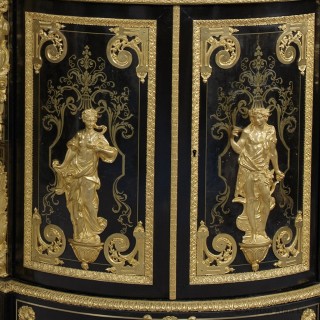 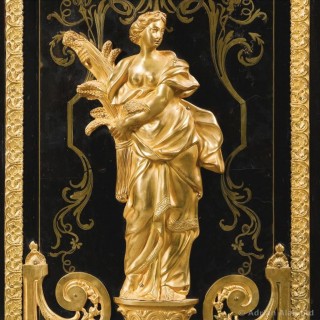 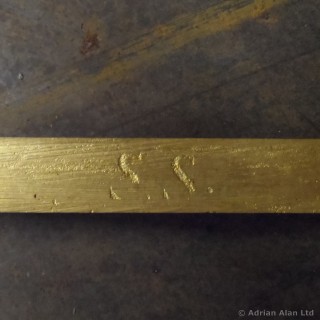 Stamped to the reverse of the bronze mounts ‘BJ’ and ‘SS’.

Each cabinet has a gilt foliate banded black marble top over a pair of doors, each inlaid with arabesque scroll work and mounted with a gilt-bronze relief figure representing the seasons.

He was descended from a family of renowned ébénistes and was the son of the renowned cabinetmaker Jean-Baptiste Béfort, known as Béfort Père, who was of Belgian origin and renowned for having supplied furniture for the apartments of the Duc d’Orléans.

Father and son are noted for their interpretations of furniture by André-Charles Boulle and the creation of vernis matin and porcelain mounted furniture, often in the manner of Riesener.

The firm received a medal at the 1844 Exposition de l’Industrie Française, and earnt Béfort a reputation for the high quality of his work. As a result he became a purveyor to Napoleon III and Empress Eugénie. Joseph-Emmanuel Zwiener reputedly took over the Béfort firm circa 1880.