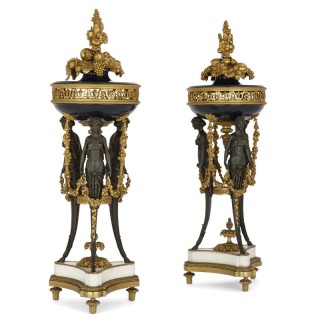 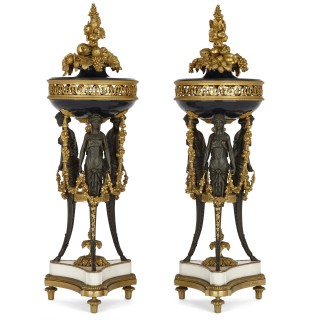 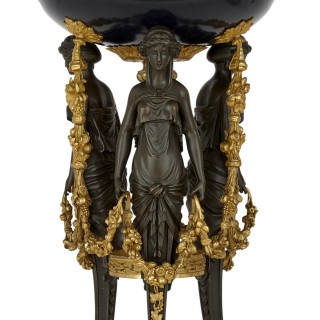 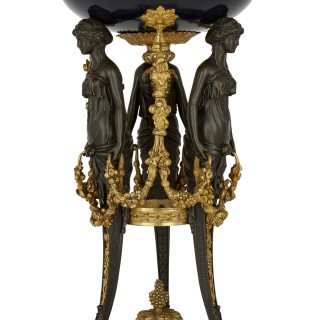 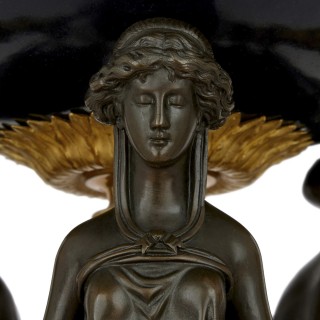 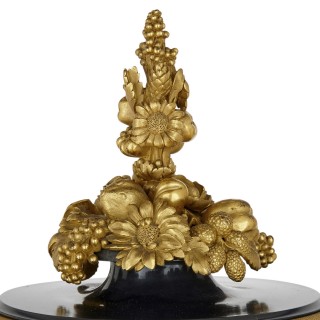 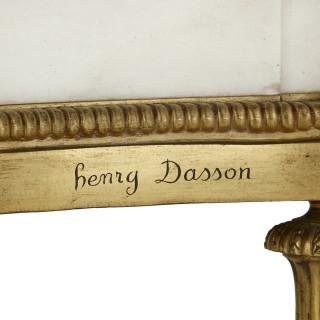 This superb pair of potpourri vases is by Henry Dasson, celebrated in his own day and ours as one of the leading producers of luxury furniture during the latter 19th Century.

Each vase features a shallow black metal bowl, bordered along the rim with a pierced gilt bronze gallery. This is topped by a flat cover, that in turn is surmounted by a wonderfully ornate gilt bronze finial comprised of a profusion of fruits, berries, and leaves.

The bowl of each potpourri vase is supported by three patinated bronze legs, each leg superbly formed as a caryatid figure with all three legs joined by gilt bronze foliate drapes. The three legs are supported by a white marble base—the base topped by a central gilt bronze finial—that in turn is raised atop a gilt bronze step and three toupie feet.

The gilt bronze step of the base of each vase is signed ‘henry Dasson’.