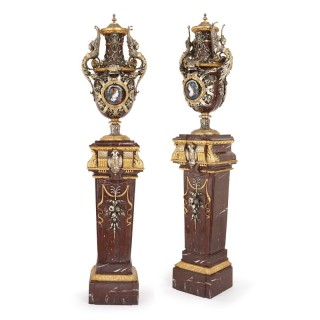 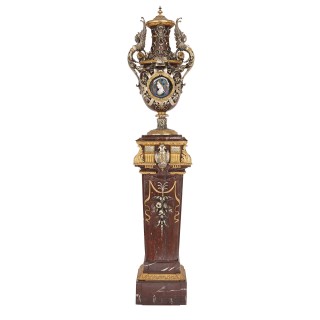 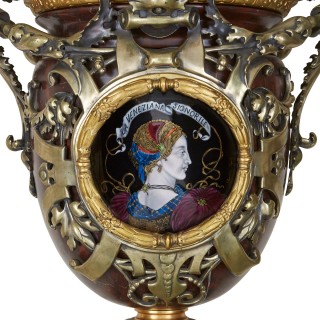 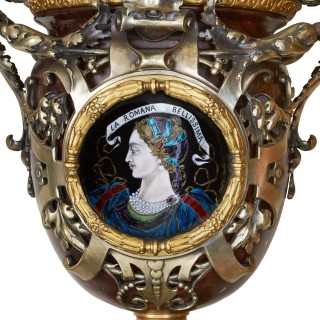 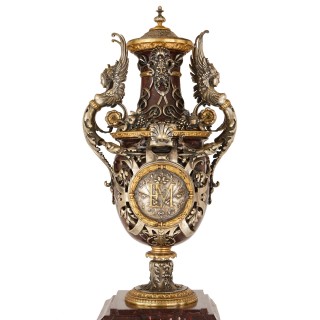 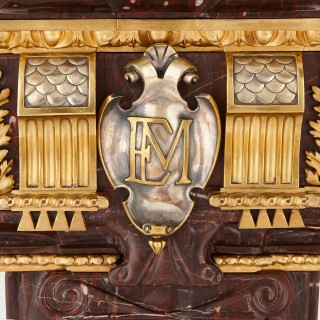 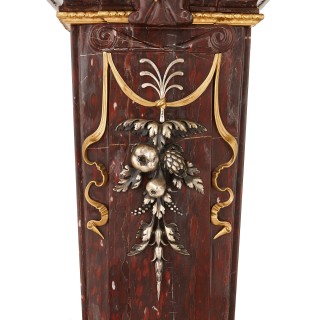 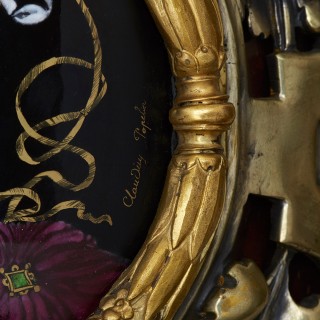 These magnificent Second Empire vases and pedestals are the spectacular result of a unique collaboration between three of the greatest names in the history of French decorative art: Ferdinand Barbedienne, Louis-Constant Sevin, and Claudius Popelin.

Barbedienne – who established the foundry that crafted these vases – was the most highly sought-after manufacturer of bronze objects in the later 19th Century. Sevin was Barbedienne’s chief designer at the time, but he was also regarded as one of the most innovative ornamental sculptors of his generation. The third collaborator, Claudius Popelin, was a poet and artist, best known for his beautiful Renaissance-style enamel plaques.

The awe-inspiring beauty of these vases – which have been crafted from cherry-red marble with silvered, gilt bronze, and enamel ornament – is testament to the skill and genius of the three great craftsmen who created them.

The vases feature superbly wrought gilt and silvered bronze mounts Each vase is mounted to its sides with silvered bronze winged caryatids. As well as silvered bronze, there are gilt bronze accents around the circular base, body, rim, and lid of each vase.

The pedestals are similarly formed and adorned, with gilt and silvered bronze detailing featuring strongly.