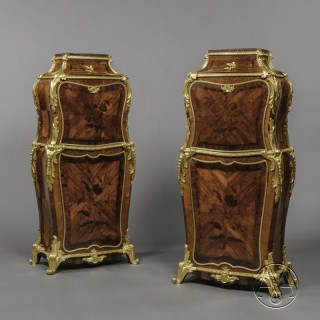 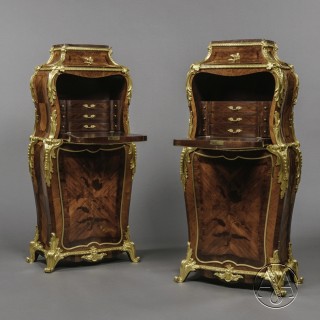 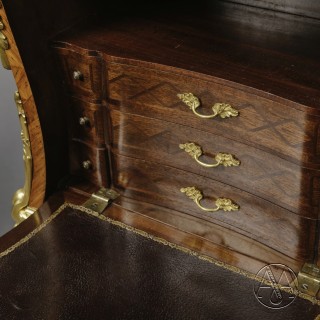 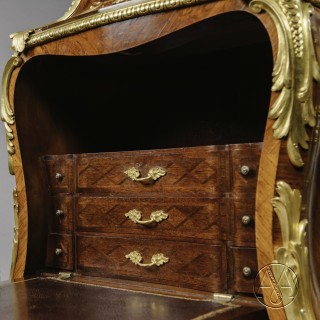 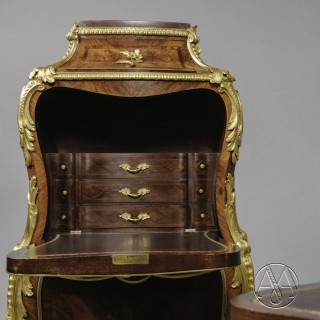 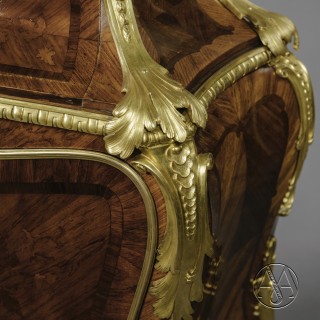 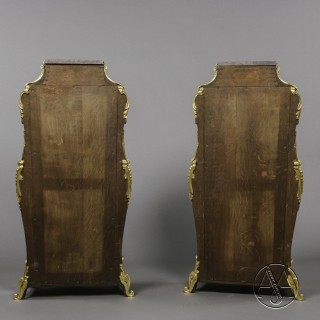 Each secrétaire is of violin shape with a rectangular ‘rouge Griotte’ marble top above a spreading pediment and shaped sides, the angles mounted with fine gilt-bronze acanthus-cast clasps, the upper section with a fall front inlaid with floral end grain marquetry, opening to a fitted interior with a leather writing slide, an open compartment and five drawers; the lower section with a similarly embellished cupboard door opening to an interior fitted with a single shelf; raised on fronded acanthus cast scrolled feet.

Embodying the flowing natural curves characteristic of the Louis XV style they became a highly appreciated model in the 19th century, with important versions made by leading ébénistes of the day including Dasson, Monbro, Lexcellent and Sormani.

Henry Dasson (1825-1896) was one of the finest makers of gilt-bronze mounted furniture in the nineteenth century. Unlike other cabinetmakers of this time Dasson started his career as a bronze sculptor, and for this reason one of the characteristics of his work is the great quality of his bronze and more precisely of the chiselling. With a workshop established in Paris at 106 rue Vieille-du-Temple, he specialised predominantly in the production of Louis XIV, XV and XVI style furniture using the very finest gilt-bronze mounts.