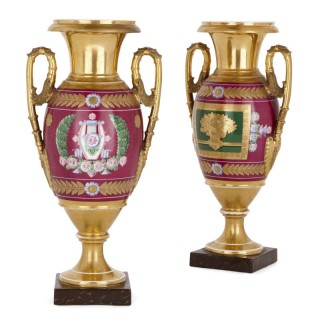 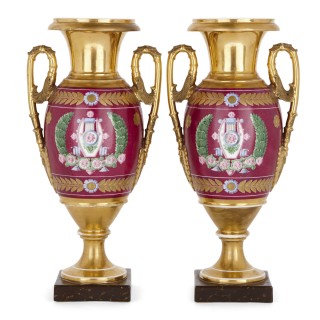 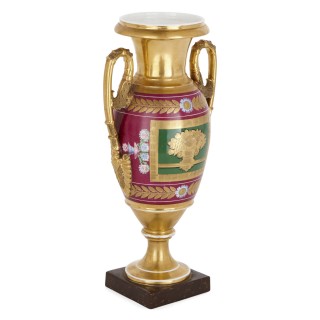 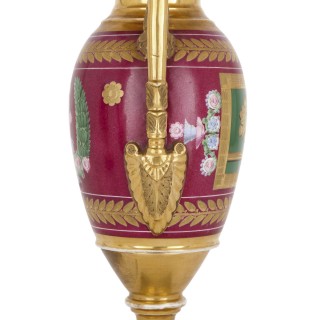 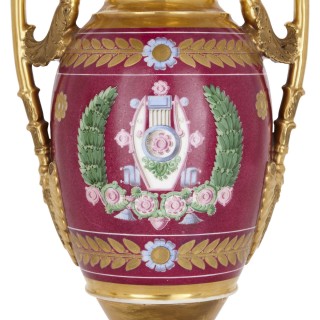 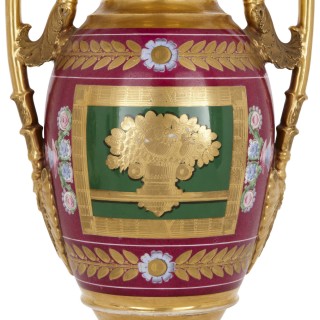 The vases in this pair are heavily gilt, as is typical of Paris porcelain. The exception to the gilding on each vase, however, is the main portion of the body, which is ornamented with classicising forms and bounded by upper and lower gilt friezes. The front of each vase features floral and Classical motifs above a rich red ground, while the reverse of each vase includes a gilt floral bouquet set over a complementary green ground, which is surrounded by a gilt frame.

Each vase in this pair is shaped like a Classical Greek column krater. The body of each vase, which features the decoration described above, is supported by a pinched socle that in turn sits upon a marble-effect podium. Each vase is mounted with twin handles, formed of scrolling gilt bronze, that emerge from the lower portion of the body and reattached at the vase’s shoulders. Each vase opens into a wide rim.