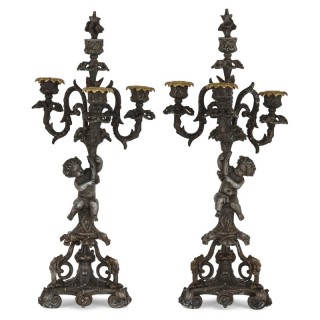 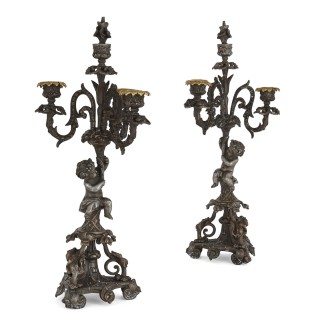 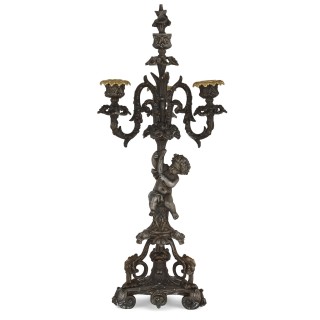 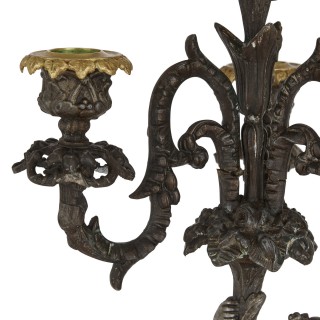 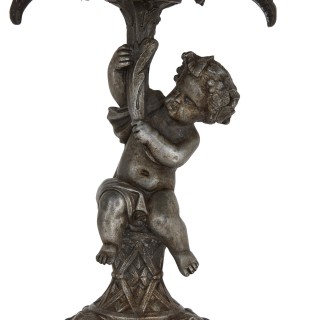 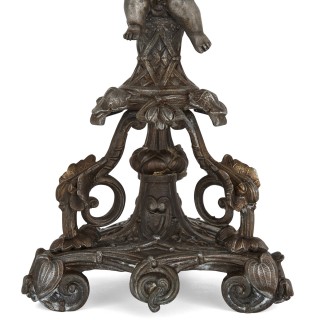 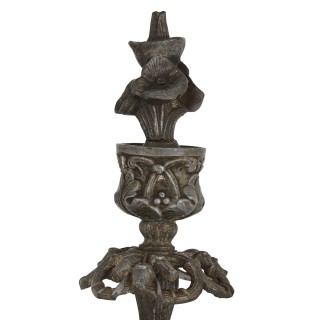 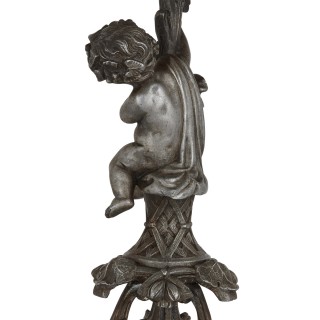 Each candelabrum in this pair, wrought in the charming Second Empire style from patinated metal, features a central shaped column raised above a tripartite base. Demonstrating the fecundity of the Rococo Revival style popular during the Second Empire, the central column is adorned with berries, leaves, and a putto. Each candelabrum features three scrolled branches, each of which terminates in a gilt metal candle holder.