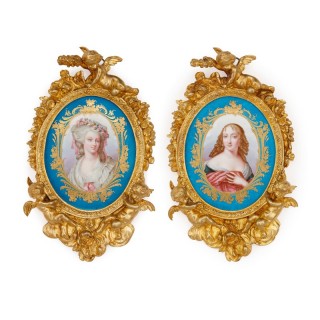 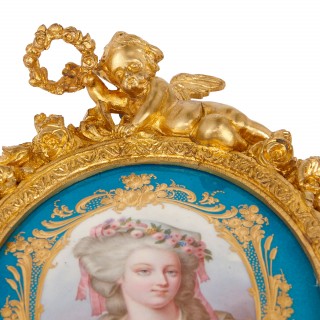 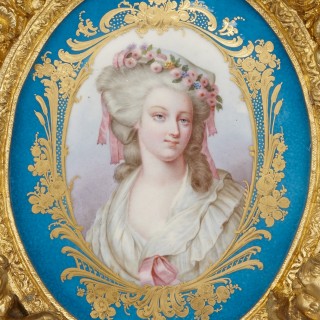 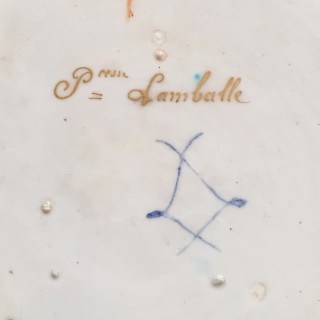 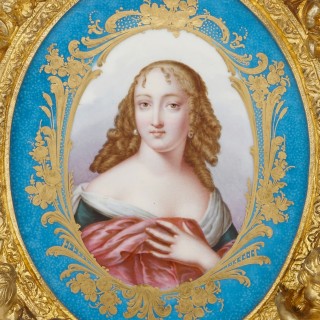 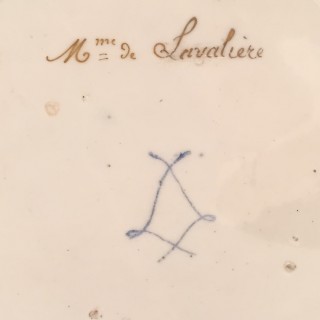 These beautiful plaques are notable for their refined depictions of famous female French aristocrats, who gaze out serenely at their viewers.