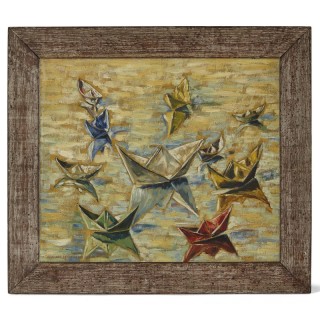 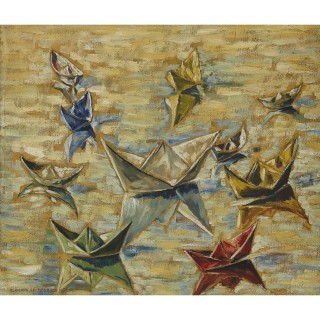 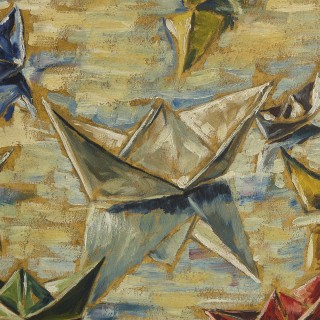 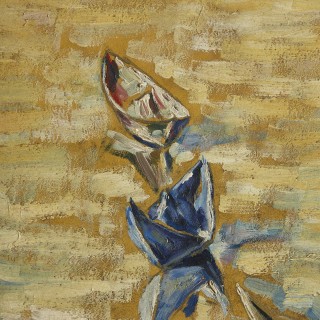 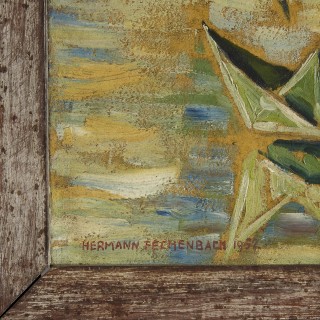 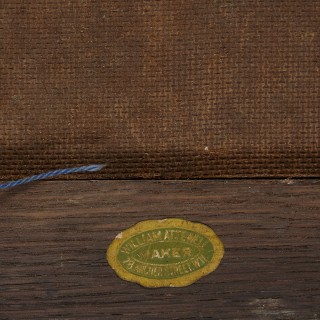 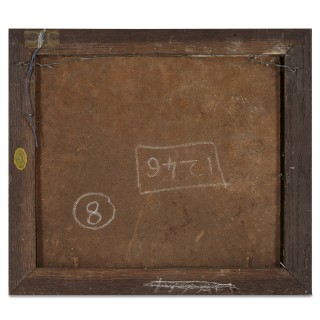 This oil painting, depicting the unusual subject of paper boats, was painted by the important German Jewish émigré artist Herman Israel Fechenbach (1897-1986). The paper sailing boats of different sizes and colours are depicted floating on a body of water, which shows their reflections and that of the golden sunshine. The work is typical of his modernist expressionist style, with the subject painted using fluid, expressive brushstrokes. Painted in 1952, Fechenbach executed the work while living in Colet Gardens in London after fleeing Germany in 1933. He later settled in Oxfordshire, where he continued to paint until his death in 1986.

The board is signed and dated ‘Hermann Fechenbach 1952’ to the lower left, and is held in a simple wooden frame.

Provenance:
The reverse side of the frame bears a label from the Fine Art dealer: William Attewell of 28 Archer Street, London WII.