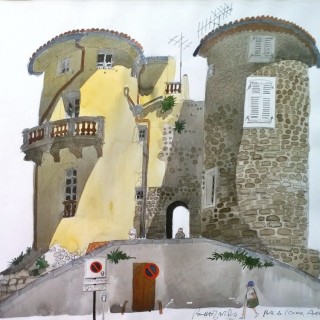 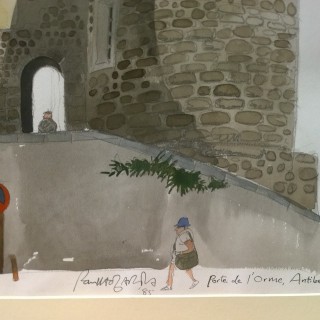 English artist and illustrator, famous for his covers of Grahame Greene novels of 1980’s.

Hogarths love of travel led him to produce watercolours and drawings all around the world.

As an illustrator he worked with a number of esteemed authors, Rupert Graves, Graham Greene, Laurence Durrell and William Golding. He fully illustrated Peter Males ‘A year in Provence’.

Between 1985 and 1986 travelled with Graham Greene painting scenes from the settings of Greene’s novels, Hogarth and Greene visited Antibes in 1985 to illustrate locations from Greene’s Novel ‘May We Borrow Your Husband?’ This work is illustrated in the back flyleaf of ‘Grahame Green Country’

His work is in collections worldwide and he regularly exhibited at the Frances Kyle Gallery in London.