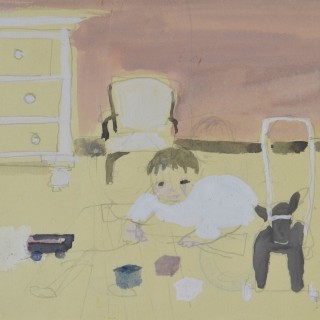 Bears studio stamp on the reverse
Watercolour and pencil, unframed

A somewhat eccentric figure, she was an enthusiastic traveller and had many friends in literary and artistic circles. She was a close friend of the novelist Iris Murdoch and Murdoch’s many letters to Dorf are in the collection of Kingston University.