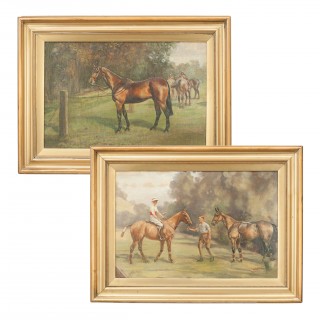 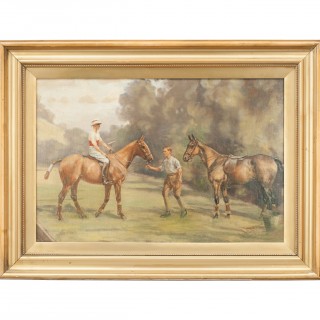 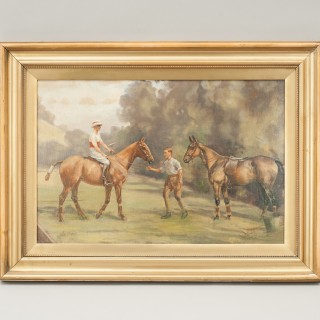 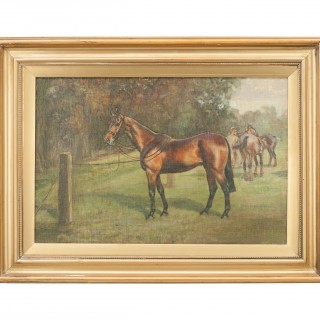 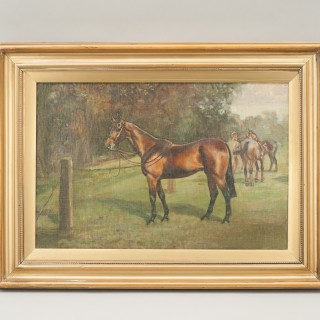 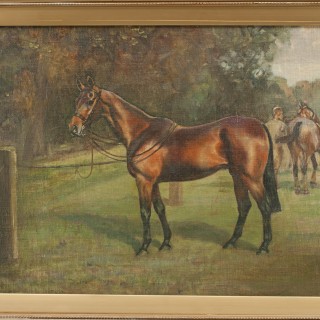 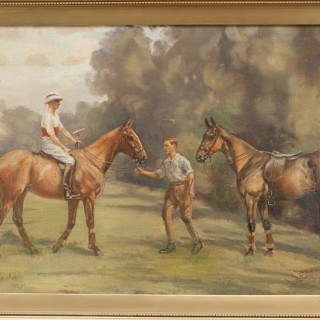 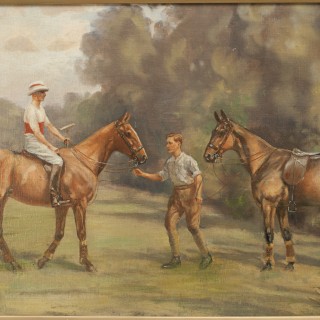 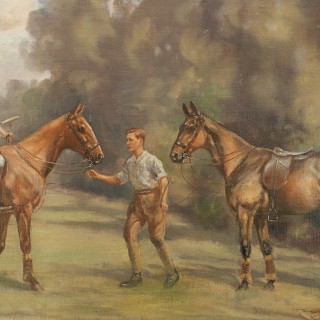 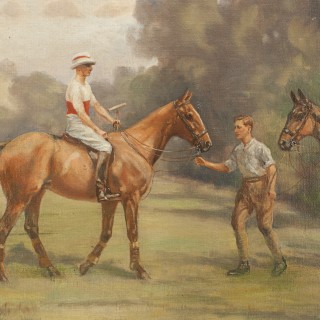 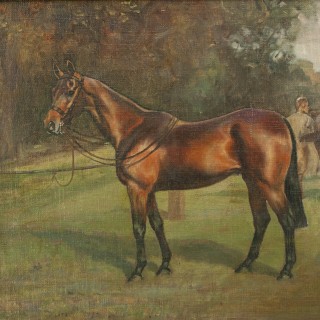 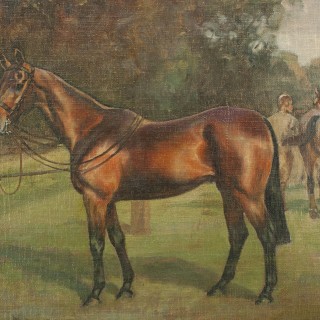 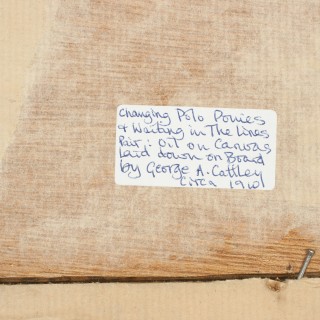 Polo Paintings, Changing Polo Ponies And Waiting In The Lines, Gilbert A. Cattley

Pair Of Polo Oil Paintings, Changing Polo Ponies and Waiting In The Lines by Gilbert Acheson Cattley.
A wonderful pair of polo oil paintings, oil on canvas and laid down on board. The two paintings are attributed to Major G. A. Cattley. Cattley was an amateur equestrian artist with great ability (Note he is sometimes known as George). He painted numerous military horses as well as hunters and polo ponies and served in 4th Royal Irish Dragoon Guards in World War I, later becoming a staff instructor at the military riding school of Weedon. A fine horseman, Cattley hunted with the Quorn and often rode with the East Essex Hunt.

Polo Paintings, Changing Polo Ponies And Waiting In The Lines, Gilbert A. Cattley