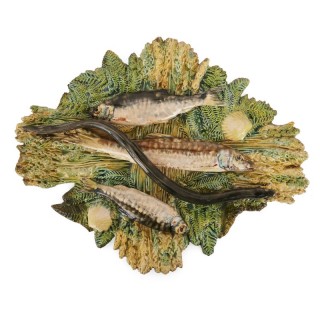 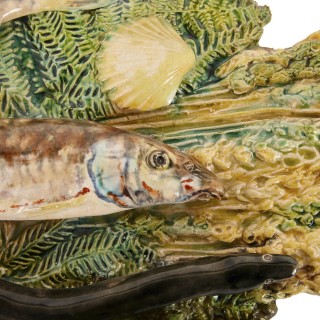 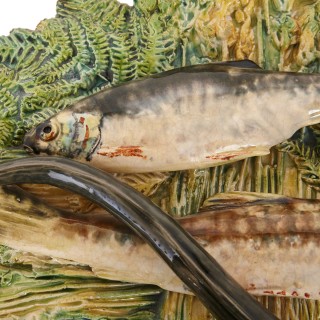 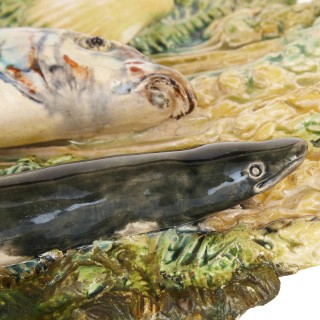 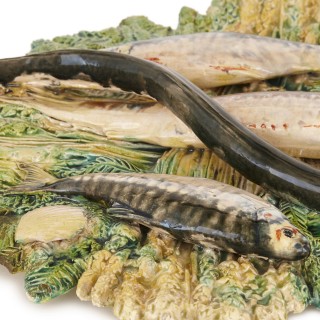 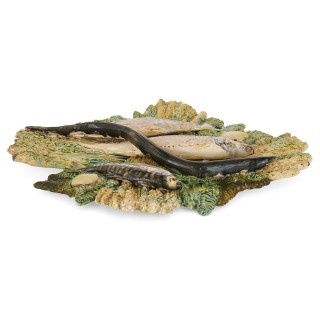 Polychrome ceramic platter in the style of Bernard Palissy

Realistically modelled around a bizarre theme, this platter is in the style of the famed 16th Century French maker Bernard Palissy. All in one piece, it depicts fish and an eel set on a bed of foliage and shells as the plate, in keeping with original examples made by Palissy. His works were highly sought after in the 19th Century and therefore contemporary ceramic makers were keen to create similar examples (even sometimes more elaborate than the originals) to satisfy demand from collectors. There was a cluster of workshops based in Tours, France which specialised in Palissy-ware since the late 19th / early 20th Century, so this platter can likely be attributed to the School of Tours.

Polychrome ceramic platter in the style of Bernard Palissy