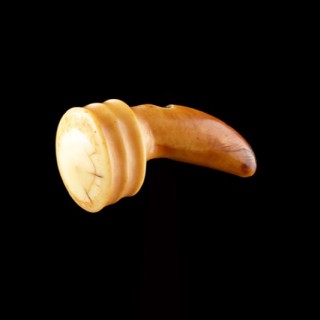 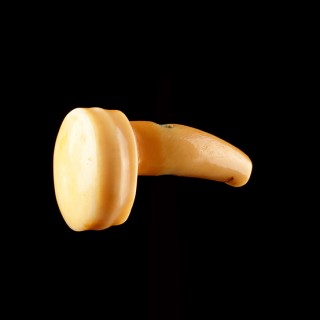 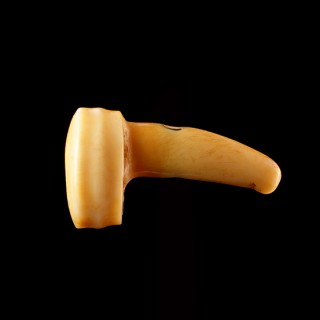 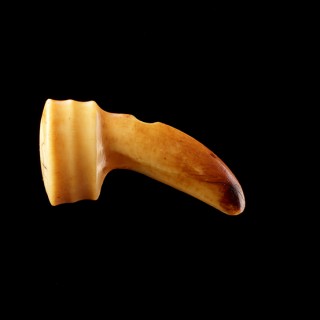 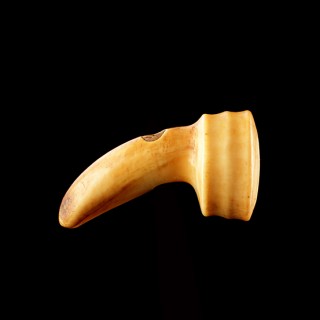 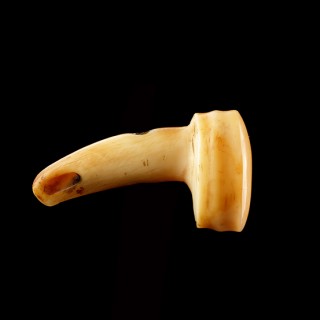 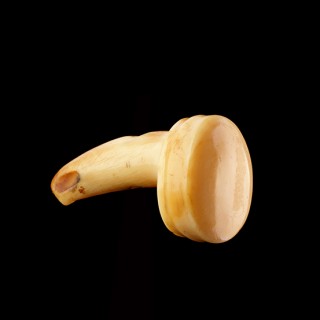 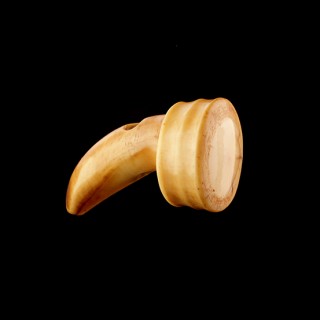 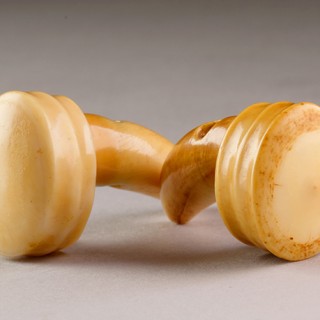 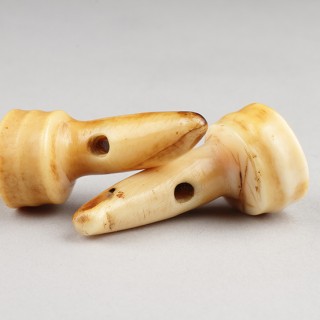 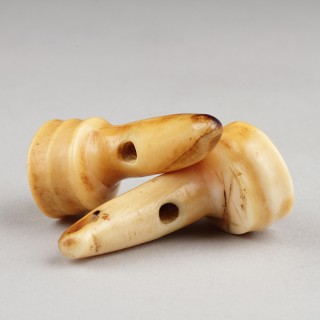 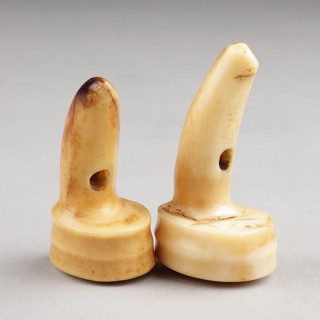 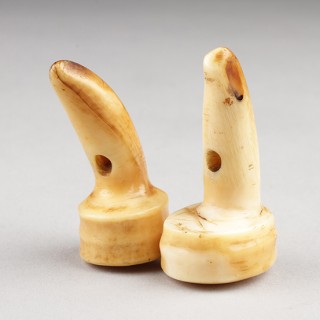 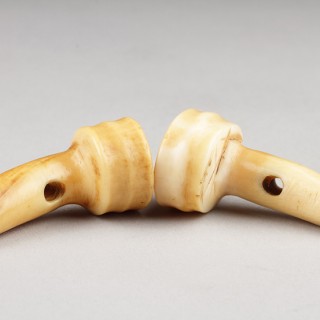 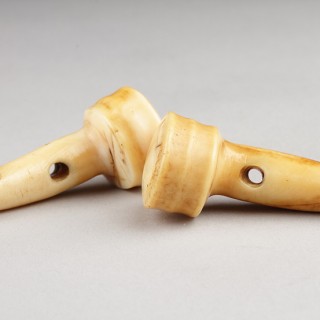 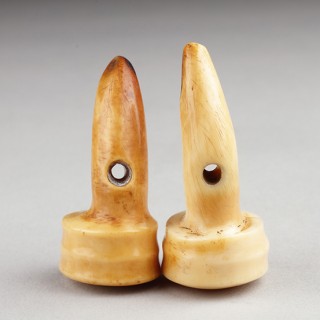 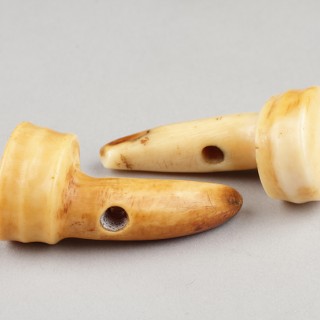 Carved from the teeth of a sperm whale these ear plugs were one of the few forms of ornamentation worn by the Marquesans. ‘Hakakai’ made from pig’s tusks or whale’s teeth were worn by both men and women with the carved projection pointing backwards from behind the earlobe, the oval shaped disc showing at the front. A small stick was placed through the hole in the spur which held the plug in place. Captain David Porter (1780 – 1843) visited the Islands in 1813 and in his ‘Journal of a Cruise’ (reprinted in 1986) no examples of ear plugs with carved ornamental figures are described or were collected, which suggests that the more ornately carved and larger forms developed later on in the first half of the 19th century.
Before the advent of the whaling fleets, sperm whale teeth could only be obtained from chance strandings and were highly regarded as the most rare and precious natural objects on the Islands. Porter in 1813 remarked ‘No jewel however valuable, is half so much esteemed in Europe or America, as is a whale’s tooth here.’