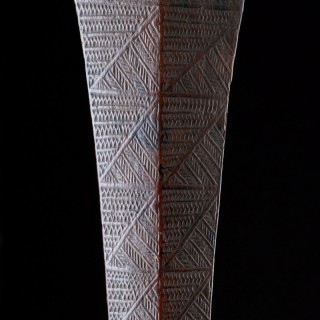 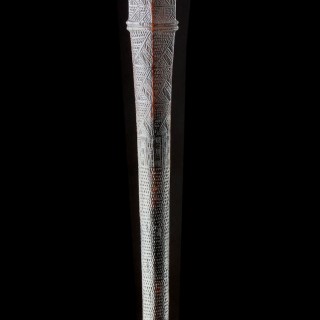 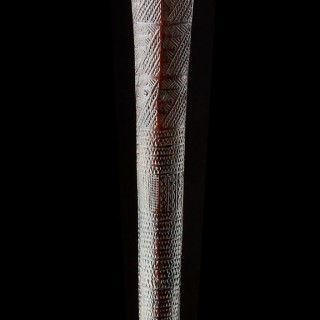 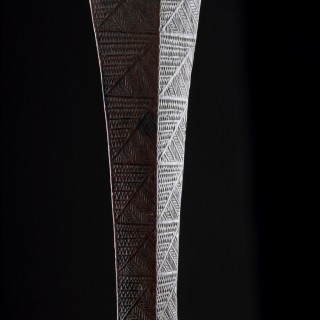 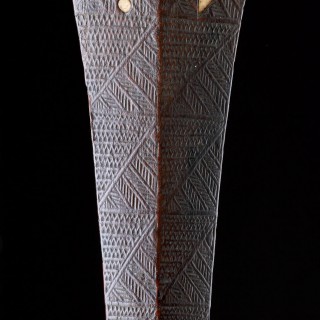 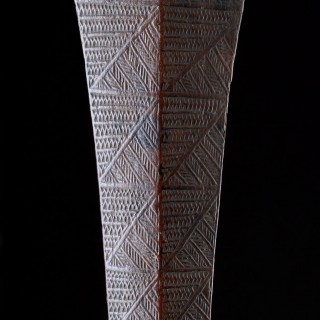 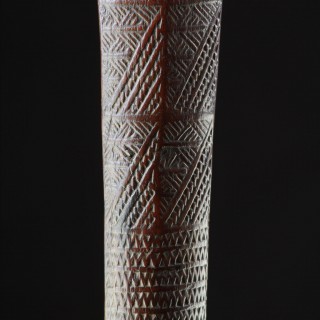 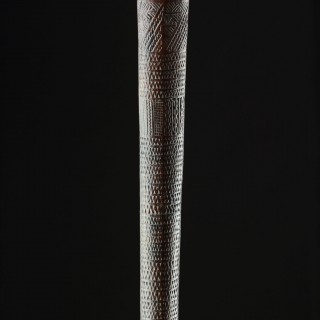 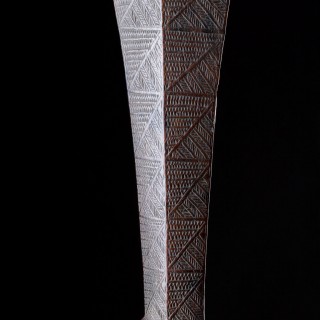 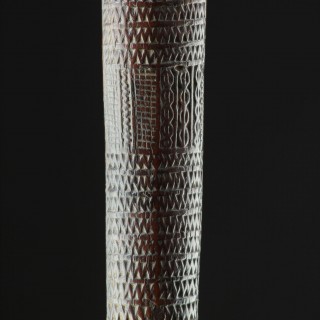 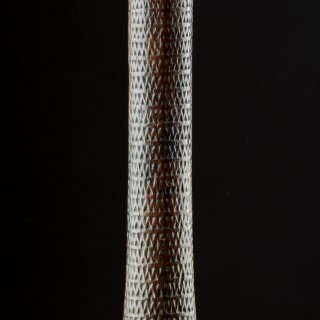 The favourite weapon of warriors on the Tongan Islands was the ironwood two-handed club whose primary use was to kill people, but sometimes it would be used to kill pigs and occasionally for ceremonial purposes. It was the simple European nail which came into the hands of Tongan carvers from Captain Cook’s ships in 1773 that brought about a remarkable change in the surface decoration of the ‘apa’apai’. Initially Cook had noticed on his second voyage the partial surface engraving on the clubs. However, post contact the clubs took on a more elaborate surface decoration including inlays of whale ivory that clearly showed European metal tools had begun to supersede the traditional tools made from stone, bone or shark’s teeth. The millimetre-accurate geometric regularity of such clubs reveals a sophisticated system of mathematical calculation achieved using pieces of coconut fibre cordage which in turn illustrates the amazing creativity of the Polynesian artist craftsman.