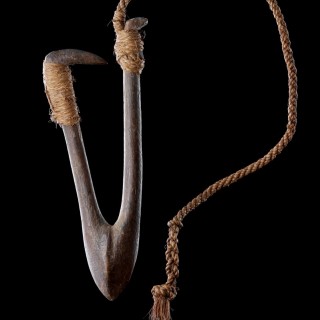 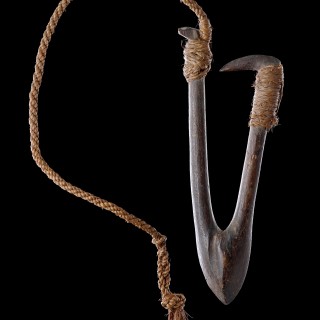 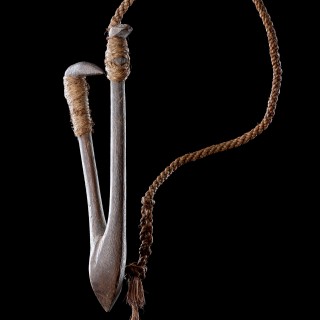 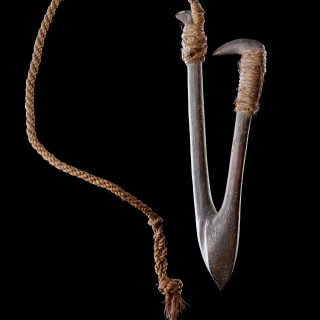 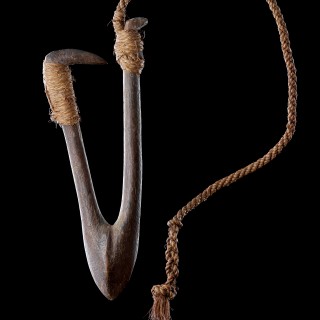 The shank and point are made from a hard, close grained wood ‘Pemphis acidula’, known as the ‘Ingia’ bush, which is so dense it is heavier than water. The two pieces are tied and bound with stout plaited coconut fibre sennit. Only the ‘Tautai’ or master fisherman was allowed to make them and they were used for catching Palu ‘Ruvetus Pretiousus’, a type of oil fish. The bait for these hooks consists of a whole fish usually a flying fish split lengthways and laid scale to scale either side of the barb thus stretching across the hook and not along its length. In swallowing this the Palu, whose jaws are very thin and pliable, gets the barb behind the angle of the jaw. Sometimes when the fish is hooked the fisherman will jerk the line so as to hit its head with a stone sinker.