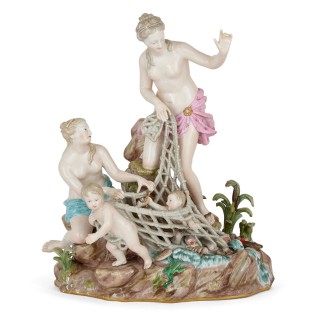 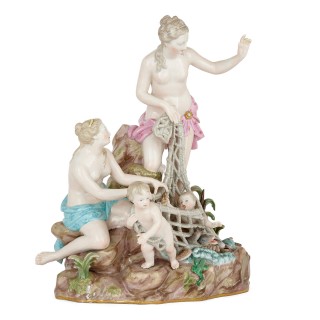 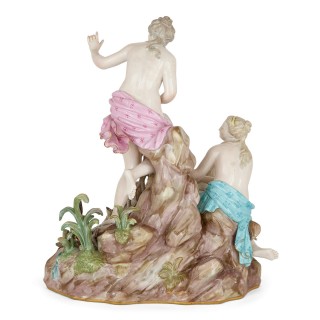 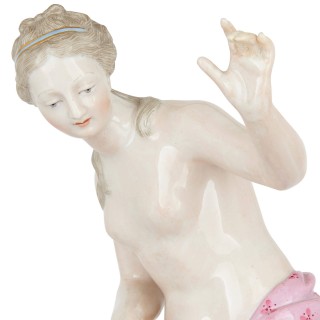 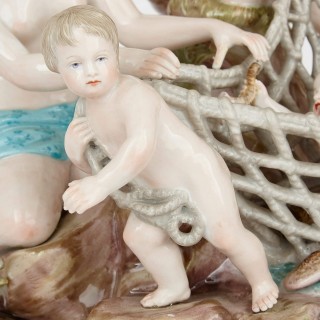 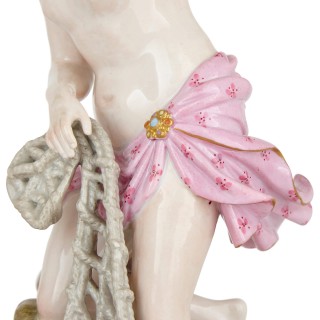 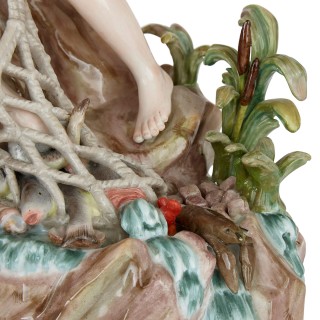 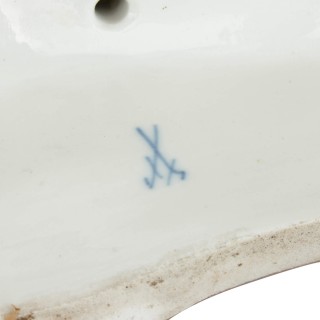 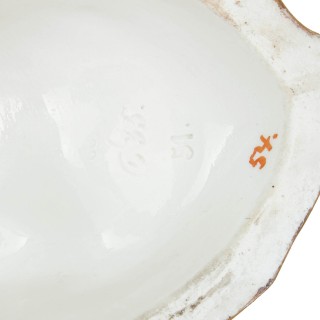 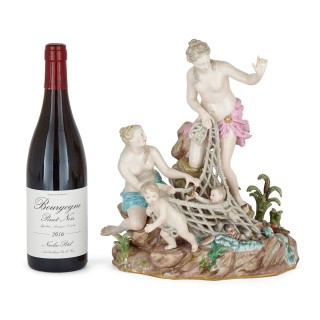 This large and impressive Meissen porcelain group depicts a mythological subject: two water nymphs, with the aid of a putto, haul a fishing net from water, within which is contained the child Triton, along with some collateral fish. The figures are modelled in the idealistic nude, with both nymphs wearing only light robes around their waists. The group is situated on an integral rocky base, which is adorned with further animals and vegetation.