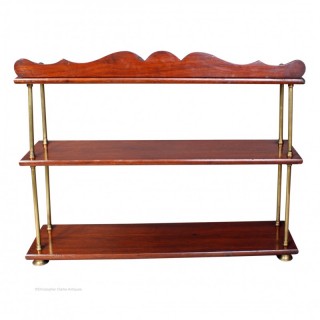 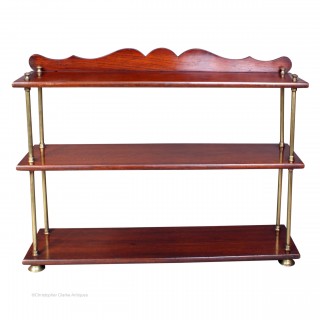 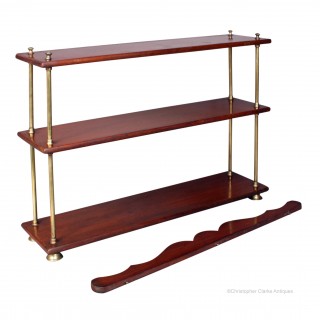 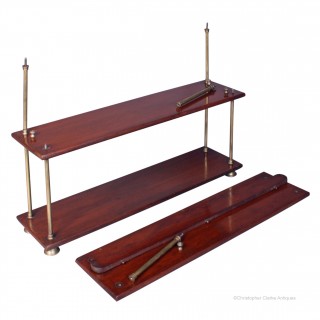 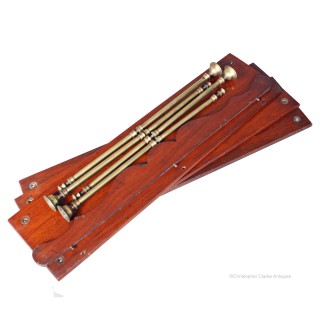 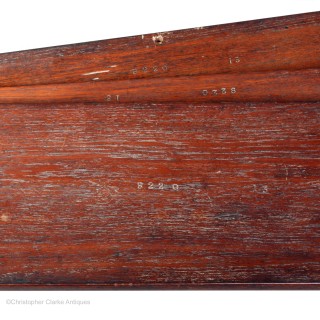 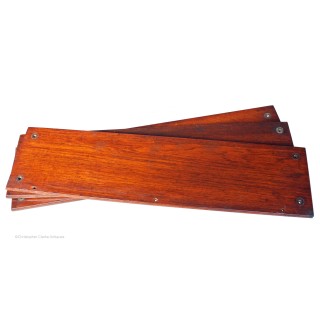 A set of teak and brass Campaign Shelves with a removable cresting rail.

As can be seen from their 1883 catalogue illustration, the Army & Navy Co-operative Ltd were one of manufacturers and sellers of this design of portable shelf. This method of separating shelves with brass standards that screwed into each other was also used on a popular form of campaign washstand by a number of makers. Look in our Archive section under Other Furniture for some examples.

The A&N CSL illustration shows a set of shelves without the feet and this (along with wooden pillars instead of brass standards) was an option. The shelves can be used with the cresting rail to the front, as the illustration suggests or with it to the back to allow you to put items on the top shelf. Aside from the A&N CSL a number of companies sold similar shelves including Harrods and York House. They would have been considered a fairly standard piece of furniture for an officer and were typically set on top of a campaign chest. The shelves are stamped with the reference number 8220 13 to the underside of each shelf. Late 19th Century.