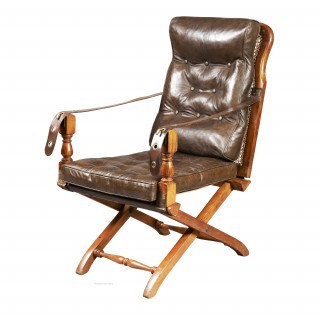 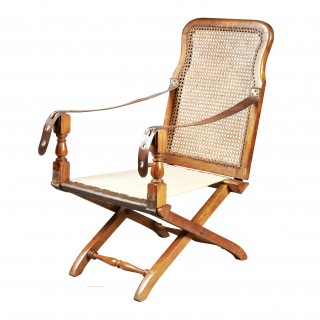 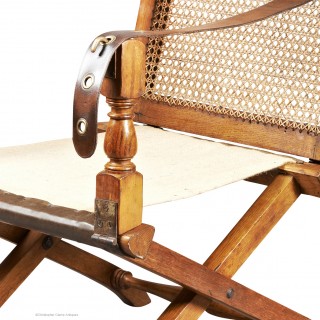 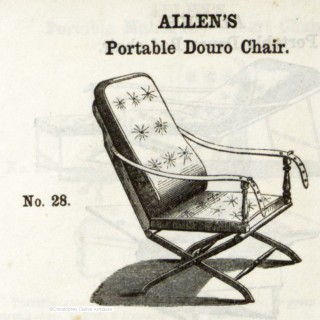 An oak Douro Campaign Chair with a back shaped like the version made by Allen. A number of different London campaign furniture manufacturers produced this form of X frame chair. Originally, it would have been sold with a painted pine packing which would then form a table with the addition of screw on legs. The majority of Portable Douro Chairs as J.W. Allen called theirs, have long lost their packing cases. The angle of the back of the chair is adjustable on the rings of the replaced leather arm straps. The Douro Chair was an item of furniture that a vast number of British Army Officers would have owned in the 2nd half of the 19th Century.