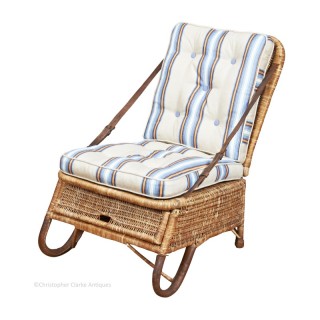 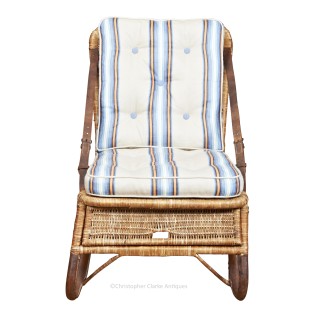 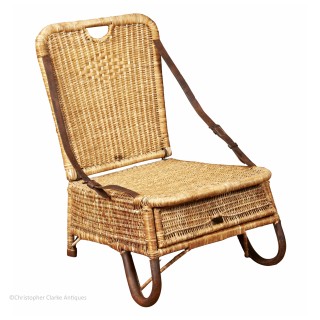 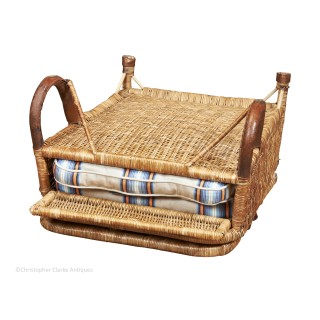 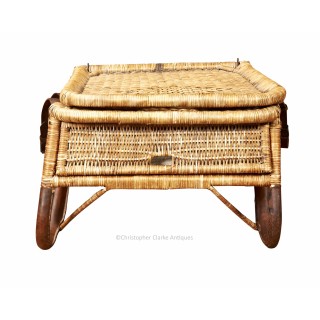 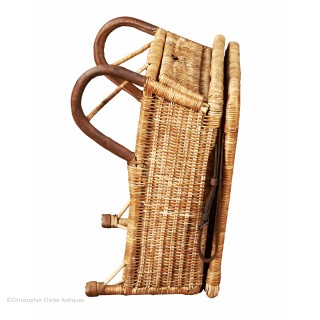 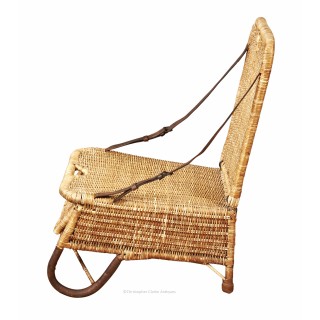 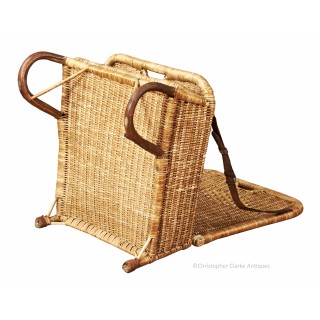 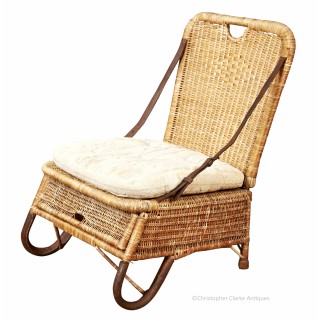 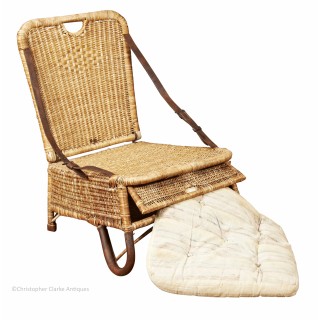 The back is hinged to the seat so that it will drop forward to make it easier to carry or pack in the car. Under the seat is a compartment with cover to store the cushions when not in use. We have had new cushions made, including an extra one for the back. The original cushion is shown in one of the images and its likely they were only ever meant to have just a seat cushion. The back is supported by leather belt straps uniting it to the seat. The straps can be adjusted to lower or raise the incline.

The seat is lifted off the ground by leather covered feet. It is believed that Rolls Royce use to give these seats away with their cars but I haven’t been able to verify this. Early 20th Century.

Packed size is given.