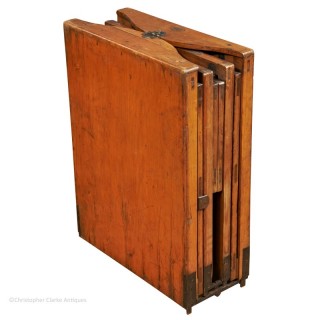 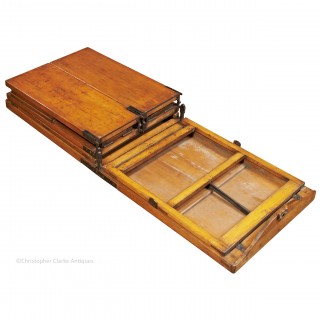 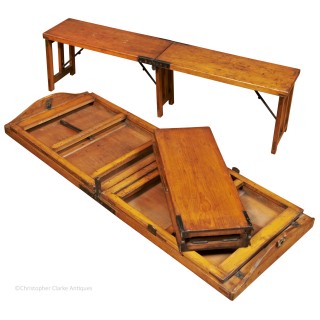 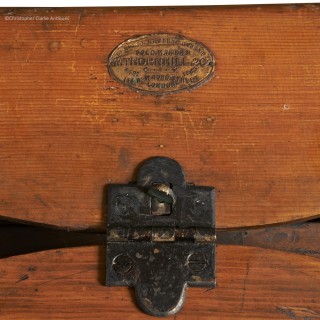 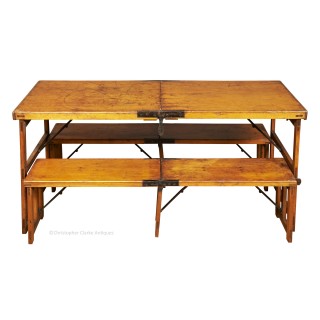 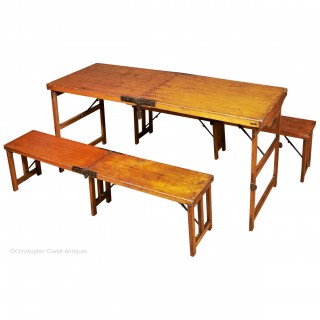 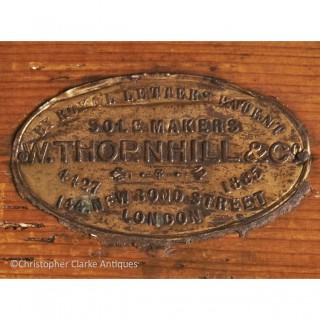 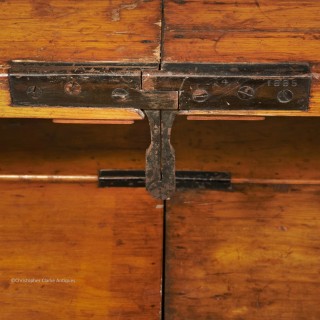 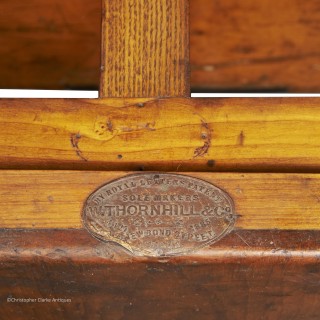 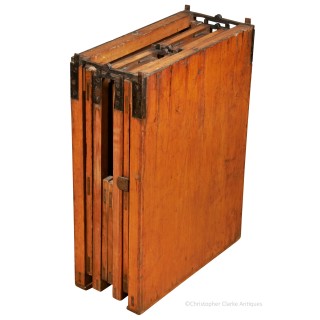 A pine portable Picnic Table with benches by Walter Thornhill.

The design of this picnic furniture is well engineered so that the two benches pack neatly to be housed by the table as their packing case. The benches are hinged to the midpoint of their length so that they will fold in half once the locking struts to the three pairs of legs are released and folded underneath the seat. The legs of the table fold in the same manner to hinge flat to the underside of the top. With the table upturned on its top, the benches can be placed side by side in half of the top. The other half is then folded on top of them and a twist catch fixed to lock the two halves of the top together, forming the case for the benches.

Thornhill’s pressed brass oval plaque is to the top of the case, next to the twist catch. It states ‘By Royal Letters Patent, Sole Makers, W. Thornhill & Co. 4427, 1885, 144 New Bond Street, London’. The 4427 is likely a design registration number as it dates to 1884. The date 1885 is also stamped to some of the iron hinges. Thornhill were well known luxury sellers in London and it might be asked why the set is not made of better wood. It was a utilitarian piece made for practicality rather than aesthetics. With a tablecloth over it, not many would care what the timber was but pine had the benefit of being lighter in weight than most hardwoods.

This is a very useable table and bench set that packs down comprehensively and was no doubt an inspiration to much modern picnic or campaign furniture. Late 19th Century.

Size of table set up is given.