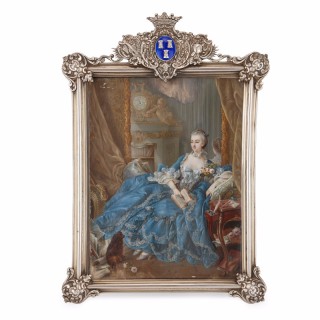 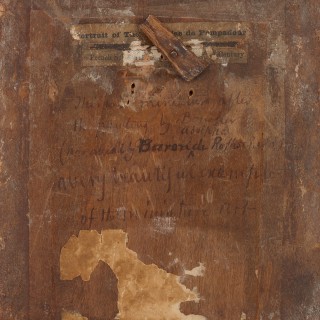 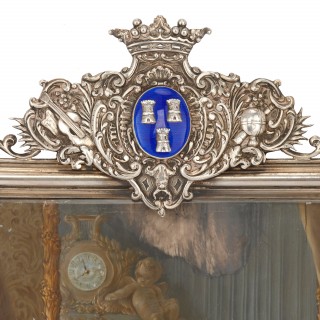 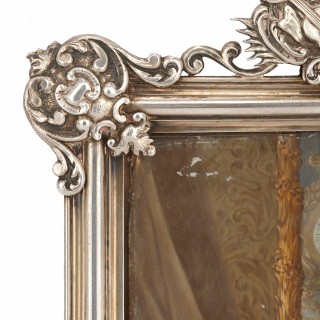 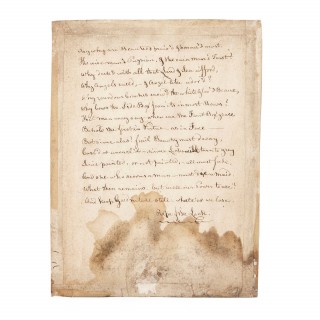 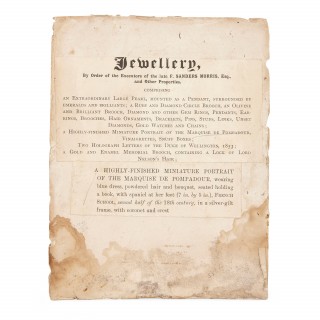 This fine, antique portrait miniature was made after Boucher’s famous painting of Madame de Pompadour, the highly celebrated official mistress of King Louis XV of France. It depicts de Pompadour in a ruffled blue, silk dress with fashionably powdered hair and a book in her hand as she reclines on a chaise longue in a plush interior with a spaniel at her feet. The miniature is set in a silver gilt frame, surmounted by de Pompadour’s personal crest – three turrets in triangular formation.

Inside the frame are two pieces of paper. On one are several handwritten lines from Alexander Pope’s 1714 poem ‘The Rape of the Lock,’ and the other is a description of the portrait along with other descriptions of objects belonging to F. Sanders Morris, a former owner of the miniature. There is writing on the back of the frame, which reads ‘this is a miniature after the painting by Boucher (now owned by Baron Adolph de Rothschild), a very beautiful example of the miniature art.’