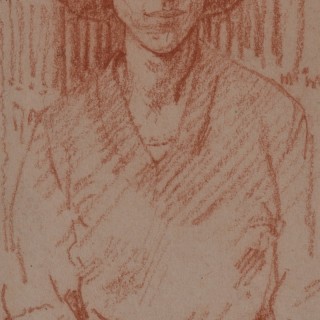 Signed and inscribed with title on the reverse
Red chalk on red paper, unframed