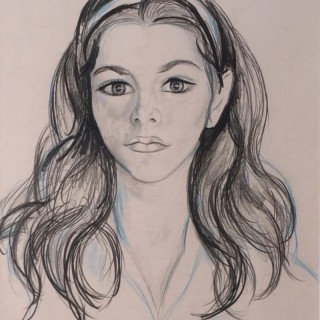 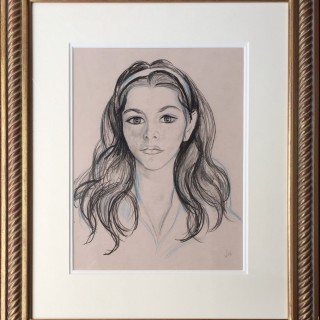 Original drawing by Edward Wolfe RA (1897-1982) Born in Johannesburg, he moved to England during the First World War and studied at the Regent Street Polytechnic before moving on to the Slade from 1916 to 1918. While there he was invited by Nina Hamnett and Roger Fry to join the Omega Workshops. Fry and other members of the Bloomsbury Group had established Omega in 1913 with the intention of providing graphic expression to the essence of the Bloomsbury ethos. Wolfe first exhibited with the Omega Workshops in 1918. After a long career exhibiting commercially around the world, Wolfe was elected to the Royal Academy, first as an associate in 1967 and then as a full member in 1972. His work is held by the Tate Gallery, the Royal Academy, the National Portrait Gallery, London and many other public and private collections.