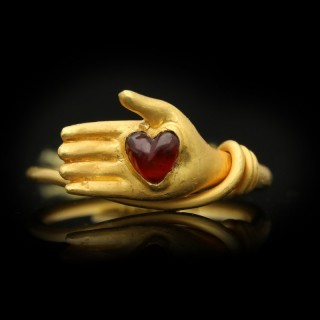 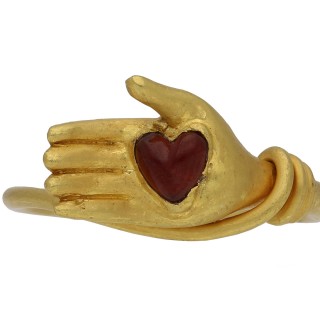 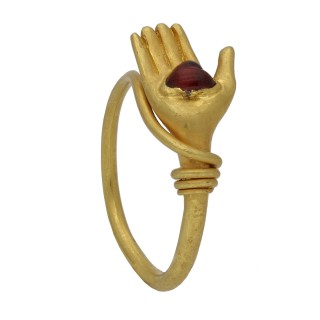 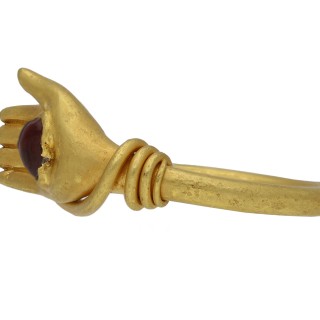 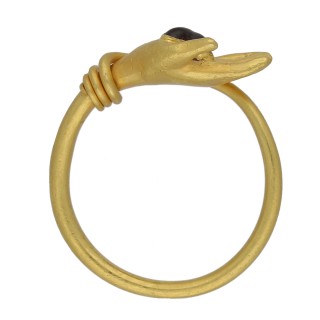 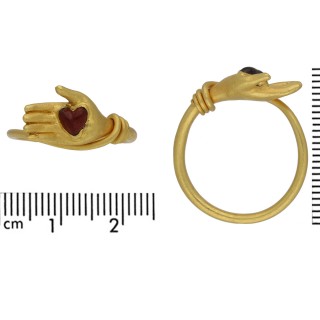 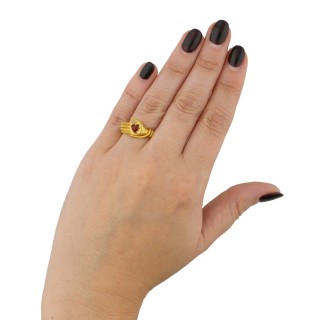 Post medieval garnet heart ring. A yellow gold ring consisting of a heart shaped cabochon garnet to the centre of a stylised hand in a closed back rubover setting, featuring a coiled form around the wrist of the hand, flowing through to a solid rounded shank. Tested 23 carat yellow gold, approximately 6.86g, circa 17th-18 century.

Garnets have a long and ancient history, and over time have been revered for possessing protective powers. A garnet is a species of gemstone that appears in a variety of colours, though the most common and most widely recognized is a deep red hue.

This ring is in very fine condition and features intricate decorative details which make it a rare museum quality piece.