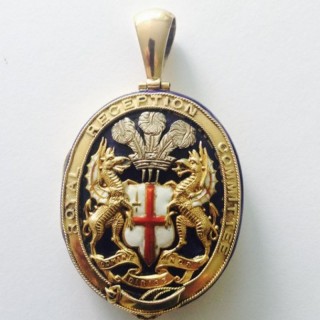 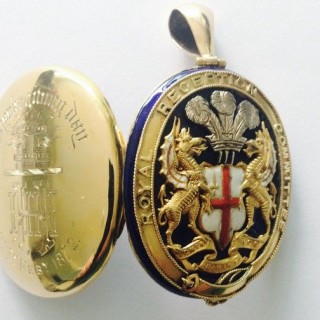 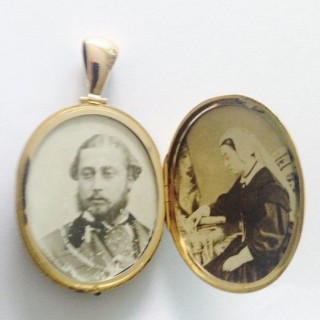 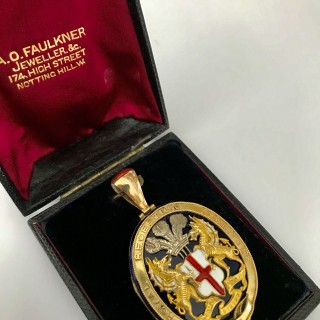 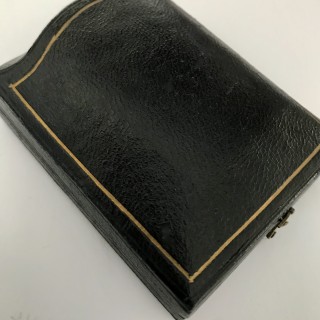 An extremley rare 1872 commemorative Victorian heavy 18ct gold and enamel Locket celebrating Prince Edward’s recovering from typhoid in December 1871. Prince Edward contracted typhoid whist staying with Lord Londesborough in North Yorkshire. The nation was greatly concerned as Edward’s father Prince Albert had died of typhoid in 1861. A Thanksgiving Service, to celebrate Prince Edward’s recovery took place in St Pauls Cathedral on the 27th February 1872. Queen Victoria, The Prince of Wales and other members of the Royal Party left Buckingham Palace in the carriages at midday and were greeted at Temple Bar by the Lord Mayor of London who then escorted them to St Paul’s Cathedral.
The Locket bears the arms of the City of London, Committee Royal Reception.and inside has C19th images of the Queen Victoria and The Prince of Wales.
The Locket is to the top of gold loop 6.30cm