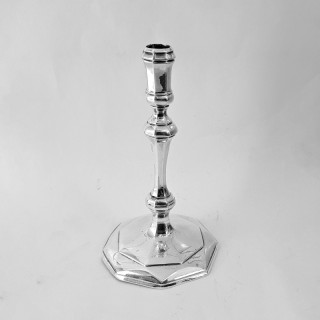 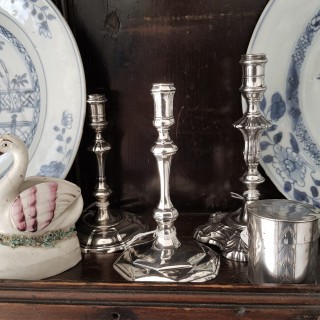 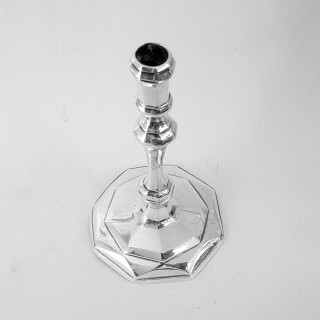 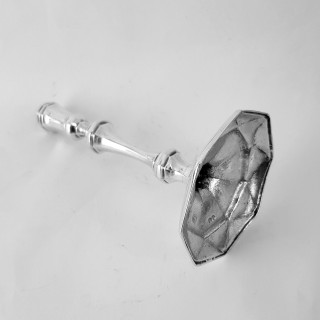 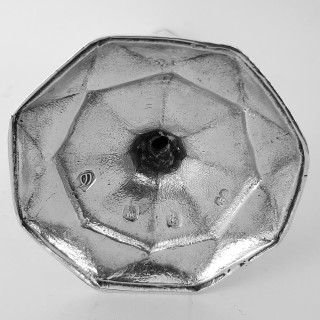 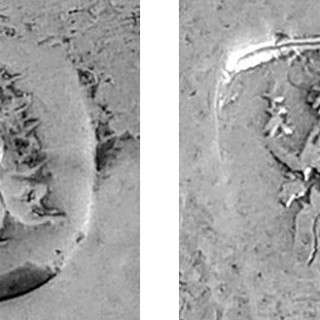 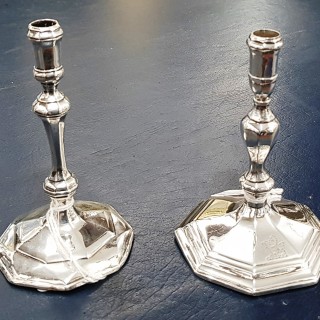 Marks. Stamped underneath with a full set of English silver hallmarks.

Silver tapersticks, averaging about 5 inches high, are miniature table candlesticks used to hold a wax taper. Tapersticks would typically be found on a desk as they were not used for lighting; the melted sticks of wax were used for sealing letters, to give a flame for tobacco pipes or to light large candles. They are rarer than candlesticks and very few existed prior to the Queen Anne period. They usually appear in singles and pairs of tapersticks command a premium price.

This lovely taperstick is in very good condition with a few small abrasions and light scratches. There is possible, very faint, trace of an armorial crest to the base.