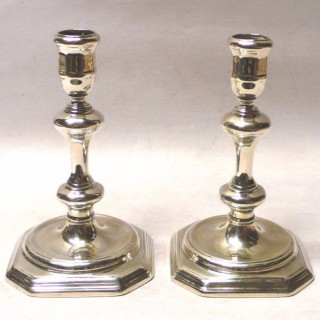 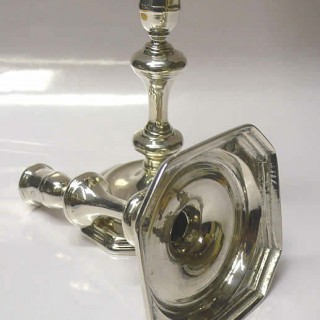 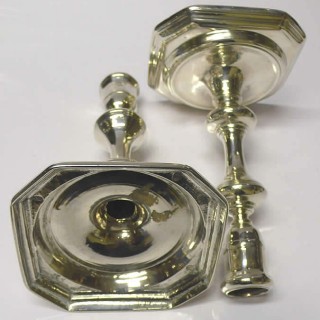 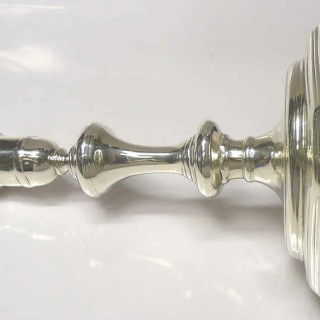 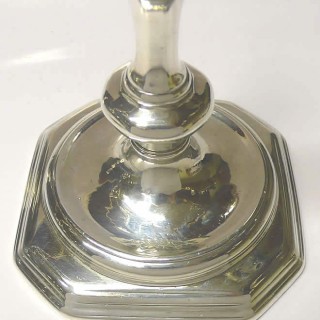 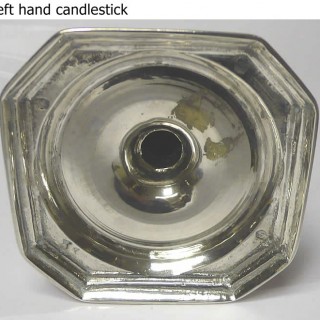 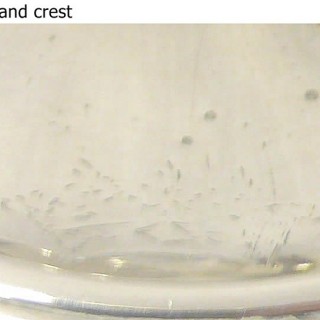 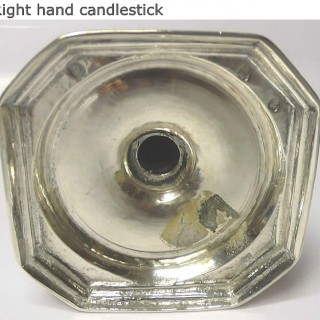 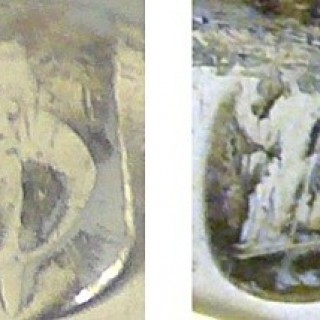 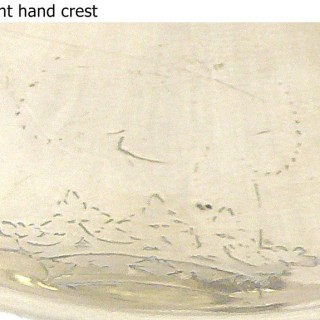 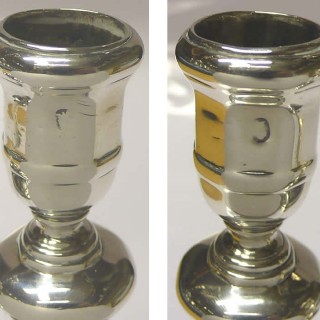 Biography – Of a Rouen family of goldsmiths. The first of the name in England seems to be Esaie ‘Pontin’ who married Elizabeth Maubert 3 October 1658 at the French Church Threadneedle Street, both being described as ‘natif(ve)de Rouen’. Esaie remarried in 1666 as widower, Marie Bouquet, widow of Isaac Maubert, perhaps his brother-in-law. By his first marriage, Esaie had a son, also Esaie, baptized 4 March 1660, who would seem to be the Esaie Pantin, goldsmith of St. James’s, Westminster, recorded by Heal, 1709, but for whom there is no entry of a mark. His daughter married Peter Courtauld in 1709. It would seem highly likely that Simon Pantin was another son of Esaie I and younger brother of Esaie II. Unfortunately, the record of his apprenticeship to Peter Harrache has not survived. He was free by apprenticeship to the latter 4 June 1701. This would put his indentures at about 1694, and his likely birth about 1680. He is presumably the Simon Pantin who appears in the Denization List, 16 December 1687, and as witness to the baptism of Suzanne de Joncourt at Threadneedle Street Church, 12 December 1697. First mark entered as largeworker, 23 June 1701. Address: St. Martin’s Lane. Second mark, 16 September 1717. Address Castle Street. Third mark (Sterling), 30 June 1720, same address. Livery, October 1712. His name appears in the Naturalization Act 1709 as Simon Pantin, goldsmith, St. Martin in the Fields, witnesses Paul Beauvais and Henry Riboteau, and Pantin in turn as witness to four others. Heal records show him as plateworker, Peacock Street, Martin’s Lane, 1699-1701; St. Martin in the Fields, 1709-11; and as removed to Peacock, Castle Street, Leicester Fields 1717 till death in 1728. The Peacock is included in his marks. Listed by Evans as Huguenot.e

Marked underneath each stick in the four corners. There is also a lions head erased mark to the top of each stick

These rare candlesticks are in very good condition with no damage or restoration. Fully matching and original. Each stick is stamped underneath, in the four corners, with a full set of clear English hallmarks. Also stamped on the candlestick sconces with the lions head erased mark. The hand engraved crests on the bases show wear.