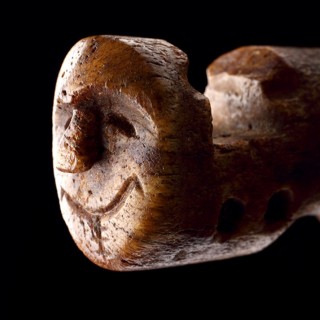 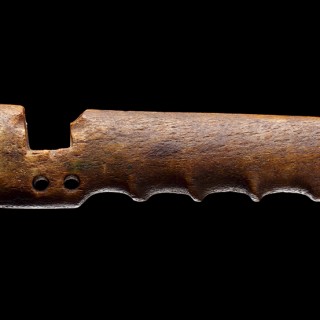 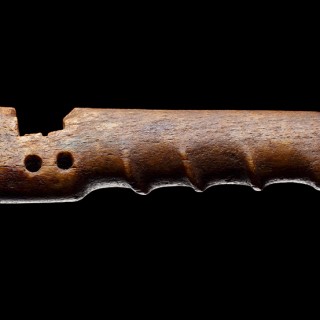 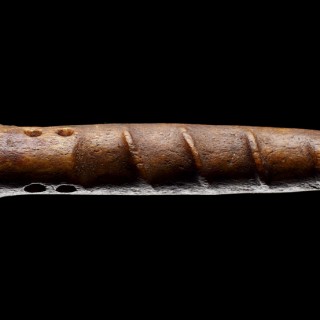 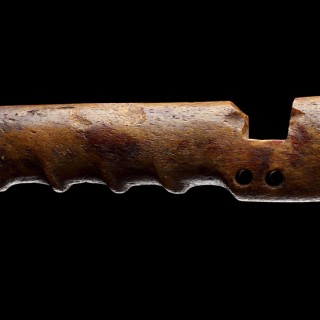 Shamans Drum Handles were much shorter than those of ordinary dance drums and were used during ceremonies to cure the sick. Carefully carved with grooves for the fingers, the end has a human face with a wide mouth to imitate singing. Drums are held in the left hand and beaten with thin wood rods held in the right. The resonant repetitious beat is played in measured time in rapid succession, followed by a pause and then two strokes again. The rod strikes the rim at the same time it hits with the membrane, producing a sharp rap that mingles with the more sonorous tone of the skin. The membrane is stretched across a rim of bent spruce wood and is made from the bladder of a sea mammal, often a seal. The shaman intones with the beat of his drum speaking predictions or singing, sometimes offensive songs, whispering the words to the drum skin so that only the one to whom the service is addressed can hear. These special meditative songs were only sung when communicating with the spirits, when scrutinising events, and during ceremonies to cure illness.