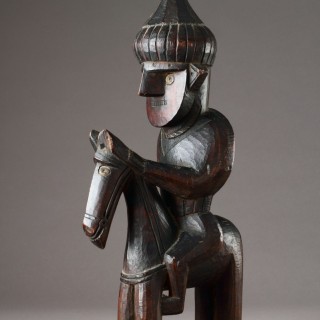 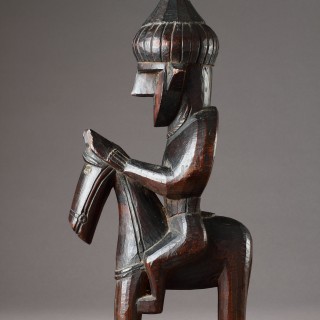 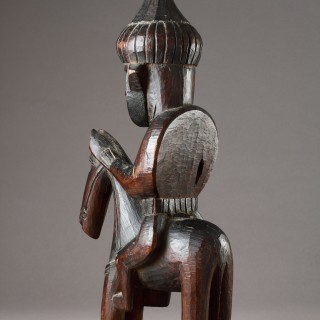 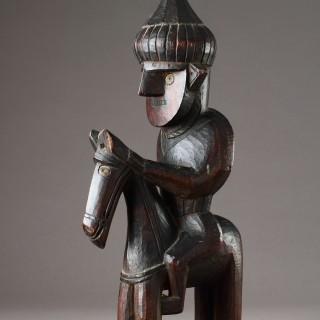 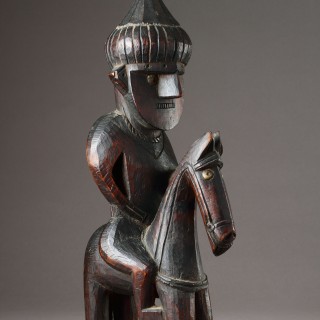 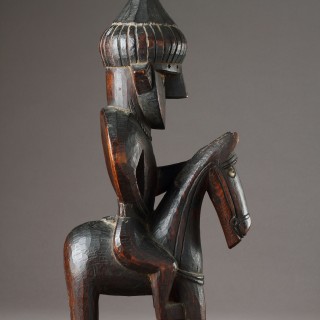 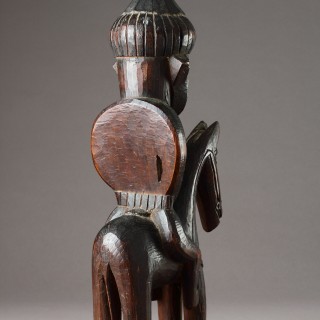 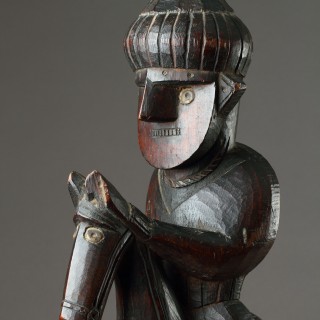 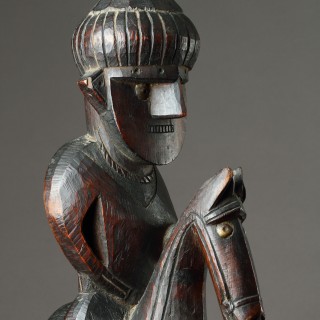 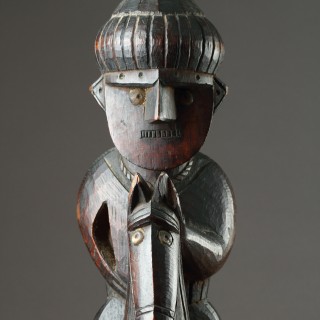 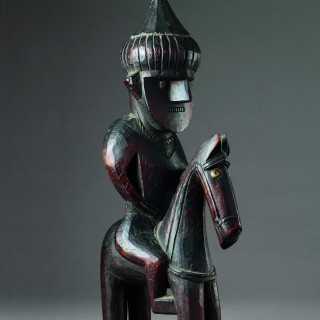 cf: A similar later carved figure in the Collection of the Royal Albert Memorial Museum Exeter Gifted by Brigadier Howard a British Soldier who Served in Afghanistan Circa 1920 – 33 and who was given the figure to prevent its destruction

In the remote north eastern corner of Afghanistan lies Kafiristan ‘the land of the infidels or pagans’. This region of the Hindu-Kush was once the exclusive domain of a group of peoples related to the Indo-Europeans and who some believed were descended from Alexander the Great and his Macedonian invaders. Herodotus mentions them having a reputation for barbarity, Marco Polo describes them as ‘crafty idolators with a peculiar language’, and Timur invaded their valleys, but found the expedition unprofitable and soon left. It was much later in the last years of the 19th century that Sir George Scott Robertson wrote the ‘Kafirs of the Hindu Kush’ (1896) and described the making and traditions surrounding the funeral effigy figures.
From his account and that of other British visitors to Kafiristan before the Muslim conquest the people worshipped one god known as ‘Imra’ together with idols of ancient heroes whose intercession was believed to enable the attainment of union with the divinity. Later known as ‘Zorastrians’ they did not bury their dead, but put the body fully dressed in a large coffin which was then placed on the side of a hill. Beside it a wooden effigy, male or female, varying from a simple standing figure to one seated on a square throne or mounted on a horse, was placed. Occasionally these cedarwood sculptures were bigger than life-size, but the shape was always simple and conventionalised, with the effigies of male ancestors given turbans.
Small equestrian statuettes such as this were probably tallies for the life-sized effigy set up on the grave of the deceased and would have been placed in a shrine. As a memorial to a chieftain the horse provided the hero with a ride into the next world. All of them were made as effigies of deified ancestors and were once covered in polychromatic decoration. Sometimes they would be set up on the top of a pole outside a village in order to warn strangers against trespassing.
The Kafir religion included a belief in a paradise known as ‘Burry-Li-Boule’ which was reached by sacrifices to the gods and the exercise of hospitality. They observed four feasts a year and in the spring and New Year sacrificial offerings of goats were made. A practice similar to the Greeks and Romans.
Robertson’s account of a famous shrine of Imra with eight huge wooden figures portraying the god wearing large circular headdresses with horizontal lines of carving, is of great importance as all traces of these temples and effigies vanished in the ruthless invasion of 1896, and the subsequent complete subjugation of the Kafirs and the destruction of their ancient religion. This devastated area was renamed ‘Nuristan’, ‘the Country of Light’.